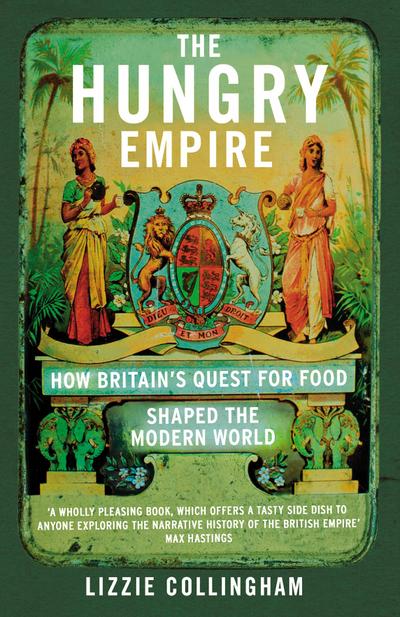 Collingham, LizzieLizzie Collingham taught History at Warwick University and was a Research Fellow at Jesus College, Cambridge before becoming an independent historian. Her books include Curry: A Tale of Cooks and Conquerors and The Taste of War: World War II and the Battle for Food. She is currently an Associate Fellow of Warwick University and the Royal Literary Fund Fellow at Newnham College, Cambridge. She recently completed a project researching the history of the kitchens of the Indian President's palace and regularly lectures on a gastronomic tour of Kerala. She works in a garden shed near Cambridge.

'A wholly pleasing book, which offers a tasty side dish to anyone exploring the narrative history of the British Empire' Max Hastings, Sunday Times

WINNER OF THE GUILD OF FOOD WRITERS BOOK AWARD 2018

The glamorous daughter of an African chief shares a pineapple with a slave trader... Surveyors in British Columbia eat tinned Australian rabbit... Diamond prospectors in Guyana prepare an iguana curry...

In twenty meals The Hungry Empire tells the story of how the British created a global network of commerce and trade in foodstuffs that moved people and plants from one continent to another, reshaping landscapes and culinary tastes. The Empire allowed Britain to harness the globe's edible resources from cod fish and salt beef to spices, tea and sugar.

Lizzie Collingham takes us on a wide-ranging culinary journey, revealing how virtually every meal we eat still contains a taste of empire.