Lebanese in Motion: Gender and the Making of a Translocal Village: The Construction of a Gendered Global Village (Culture and Social Practice) 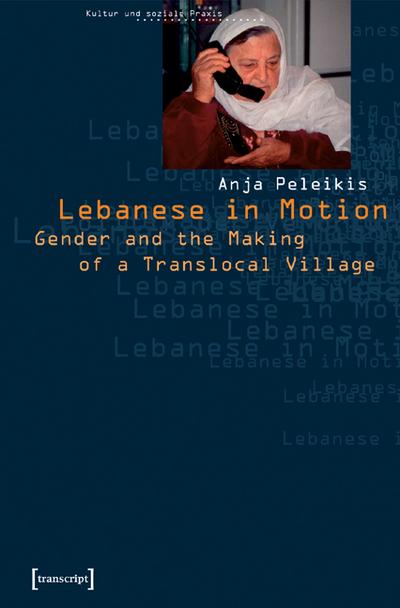 Peleikis, AnjaAnja Peleikis is a postdoctoral research fellow at the Max Planck Institute for Social Anthropology in Halle/Saale, Germany. Having worked on Lebanese transnational migration and mixed Christian/Muslim localities in the context of civil war and displacement, she has recently switched her regional focus from the Middle East to Eastern Europe, concentrating on questions of place, memory and legal pluralism in the Curonian Lagoon Region of Lithuania.
Globalisation and transnational migration have altered people's understanding of as well as their relationship to their »dwelling places« and »places of origin«. Taking the empirical case of the South Lebanese Shi'ite village of Zrariye and its migrant population in Abidjan/Côte d'Ivoire, the book shows how »place«, which has become a vital political, economic and social resource, continues to be of tremendous significance in the age of mobility and change. »Lebanese in Motion« explores how villagers »at home« and »abroad« are involved in producing a »translocal village-in-the-making«, which emanates as a social field through their practices and narratives. Travel and the means of communication make it possible to keep in constant touch and thus renegotiate kinship, generational and gender relationships beyond local, regional and nation-state boundaries. Particularly interested in understanding how female identities are redefined, the study delineates how gender and place are mutually constituted in the translocal village under study.
The study is based on the observation that unidirectional movements are becoming less and less characteristic of South Lebanese migration to West Africa. The new patterns of movement can be understood as elements of a translocal space. One central finding of the research is that, within this space, the mutual relationships of social actors take place with reference to their village of origin.
Ursprungsland: DEZolltarifnummer: 49019900