Solidarity Mobilizations in the ’Refugee Crisis’ 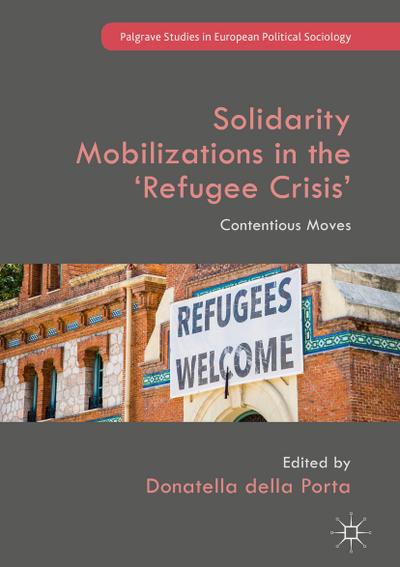 Donatella della Porta is Professor of Political Science, Dean of the Institute for Humanities and the Social Sciences and Director of the PhD program in Political Science and Sociology at the Scuola Normale Superiore in Florence, Italy, where she also leads the Center on Social Movement Studies (Cosmos).

This edited collection introduces conceptual innovations that critically engage with understanding refugee movements as part of the broader category of 'poor people's movements'. The empirical focus of the work lies on the protest events related to the so-called 'long summer of migration' of 2015. It traces the route followed by the migrants from the places of first arrival to the places of passage and on to the places of destination.

Through qualitative and quantitative data, the authors map, within a cross-national comparative perspective, the wide set of actions and initiatives that are being created in solidarity with refugees who have made their journey seeking asylum to the European Union, either travelling across the Mediterranean Sea or through South Eastern Europe. It explores these cases from the perspective of social movement studies alongside critical studies on migration and citizenship.
Addresses a gap in research on social movements that has disregarded the origins of discontent and overlooks protest as a resource of the powerless