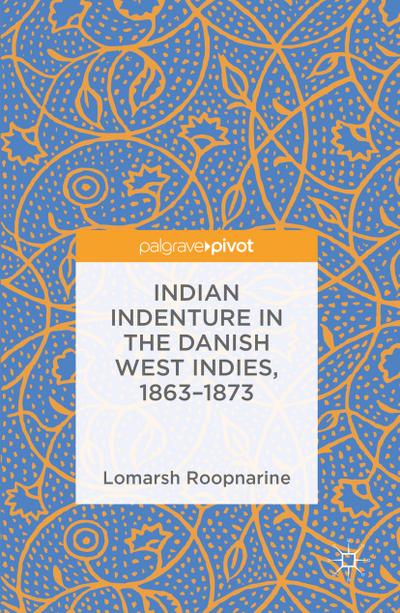 This book is the first comprehensive analysis of Denmark’s solitary experiment with Indian indentured labor on St. Croix during the second half of the nineteenth century.  The book focuses on the recruitment, transportation, plantation labor, re-indenture, repatriation, remittances and abolition of Indian indentured experience on the island. In doing so, Roopnarine has produced a compelling narrative on Indian indenture. The laborers challenged and responded accordingly to their daily indentured existence using their cultural strengths to cohere and co-exist in a planter-dominated environment. Laborers had to create opportunities for themselves using their homeland customs without losing the focus that someday they would return home. Indentured Indians understood that the plantation system would not be flexible to them but rather they had to be flexible to plantation system. Roopnarine’s concise analysis has moved Indian indenture from the margin to mainstream not only in the historiography of the Danish West Indies, but also in the wider Caribbean where Indians were indentured.

.2. Recruitment  and Distribution of Indentured Indians.-

.3.Typologies of Indentured Indians and Their Plantation Experience.-

.6. Views and Voices on Indian Indenture on Danish St. Croix.-