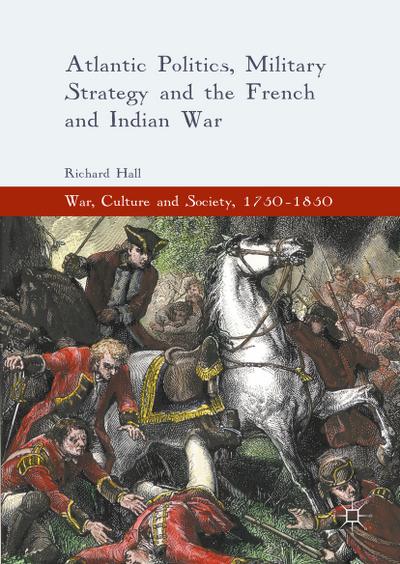 Atlantic Politics, Military Strategy and the French and Indian War

1755 marked the point at which events in America ceased to be considered subsidiary affairs in the great international rivalry that existed between the colonial powers of Great Britain and France. This book examines the Braddock Campaign of 1755, a segment of the wider ‘Braddock Plan’ that aimed to drive the French from all of the contested regions they occupied in North America.  Rather than being an archetypal military history-styled analysis of General Edward Braddock’s foray into the Ohio Valley, this work will argue that British defeat at the infamous Battle of the Monongahela should be viewed as one that ultimately embodied military, political and diplomatic divergences and weaknesses within the British Atlantic World of the eighteenth century.  These factors, in turn, hinted at growing schisms in the empire that would lead to the breakup of British North America in the 1770s and the birth of the future United States.  Such an interpretation moves away from the conclusion so often advanced that Braddock’s Defeat was a distinctly, and principally ‘British’, martial catastrophe; hence allowing the outcome of this pivotal event in American history to be understood in a different vein than has hitherto been apparent.

1. Introduction.- 2. The Causes of the French and Indian War and the Origins of the ‘Braddock Plan’: Rival Colonies and their Claims to the Disputed Ohio.- 3. Metropolitan Intervention: Britain’s Strategy for a New Colonial War.- 4. ‘Stupid Brutes Led by an Eighteenth-Century Colonel Blimp?’: The British Army of the Eighteenth Century.- 5. Edward Braddock in America: Provincial Politics, Indian Alliances and the Prolonged and Arduous March to the Monongahela.- 6. The Battle of the Monongahela.- 7. Other Theatres: The Niagara, St. Frederic and Nova Scotia Expeditions.- 8. Remembering Braddock’s Defeat.