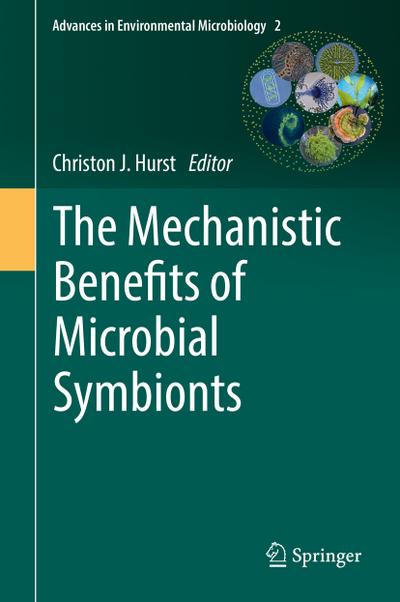 The Mechanistic Benefits of Microbial Symbionts

This volume summarizes recent advances in our understanding of the mechanisms that produce successful symbiotic partnerships involving microorganisms. It begins with a basic introduction to the nature of and mechanistic benefits derived from symbiotic associations. Taking that background knowledge as the starting point, the next sections include chapters that examine representative examples of coevolutionary associations that have developed between species of microbes, as well as associations between microbes and plants. The authors conclude with a section covering a broad range of associations between microbes and invertebrate animals, in which they discuss the spectrum of hosts, with examples ranging from bryozoans and corals to nematodes, arthropods, and cephalopods. Join the authors on this journey of understanding!

Symbiotic associations: all about chemistry.- Phage conversion and the role of bacteriophage and host functions in regulation of diphtheria toxin production by Corynebacterium diphtheriae.- Syntrophic growth of Symbiobacterium in association with free-living bacteria.- The mechanism of symbiotic nitrogen fixation.- Antimicrobials and the natural biology of a bacterial-nematode symbiosis.- The role of symbionts in the evolution of termites and their rise to ecological dominance in the tropics.- Diverse bacteriophage roles in an aphid-bacterial defensive mutualism.- Symbiotic Streptomyces provide antifungal defense in solitary wasps.- Watersipora subtorquata and the possible role of its associated microbes – an attempt to explain the extraordinary invasion success of this marine bryozoan species.- Animal-Symbiodinium symbioses: foundations of coral reef ecosystems.-Fiat lux: the squid-vibrio association as a model for understanding host-microbe associations.