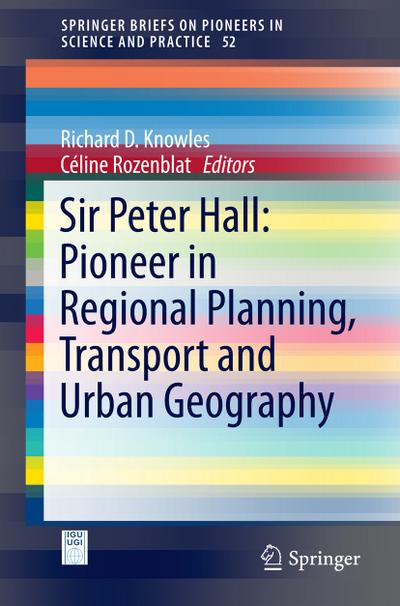 This book sheds light on Sir Peter Hall’s visions and contributions as recalled by experts. Specialists from the fields of transport and geography testify to Sir Peter Hall’s enormous impact on urban planning, urban geography, and transport geography, and The IGU Commission on Transport and Geography together with the IGU Urban Commission would like to commemorate this. After an Introduction by Richard Knowles and Celine Rozenblat, Peter Taylor presents his high-level contribution "Polymath in City Studies," and Jonathan Reades presents Sir Peter Hall's views on "Location and Innovation." This is followed by "An Innovator of Enhancing Transport and Urban Development Relationships" by Chia-Lin Chen. Kathy Pain explains their common work on "The Mega City Regions," while Michael Batty recalls how they collaborated on "World Cities and Information Cities." Celine Rozenblat and Dan O’Donoghue welcome "The Visionary for World and European cities".