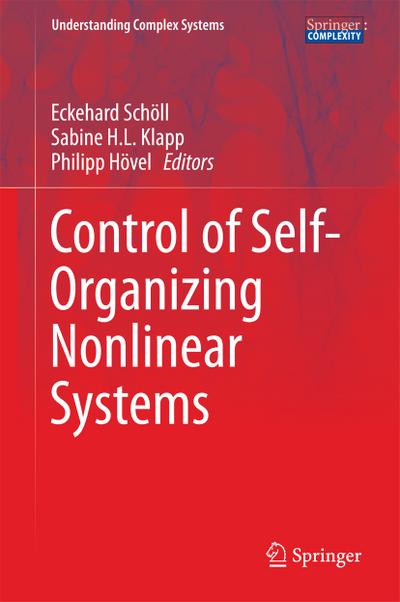 The book summarizes the state-of-the-art of research on control of self-organizing nonlinear systems with contributions from leading international experts in the field. The first focus concerns recent methodological developments including control of networks and of noisy and time-delayed systems. As a second focus, the book features emerging concepts of application including control of quantum systems, soft condensed matter, and biological systems. Special topics reflecting the active research in the field are the analysis and control of chimera states in classical networks and in quantum systems, the mathematical treatment of multiscale systems, the control of colloidal and quantum transport, the control of epidemics and of neural network dynamics.