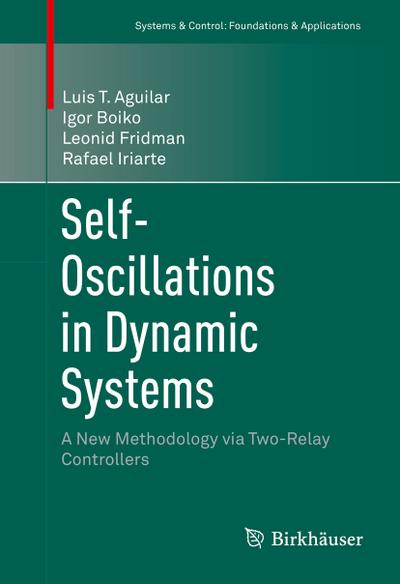 This monograph presents a simple and efficient two-relay control algorithm for generation of self-excited oscillations of a desired amplitude and frequency in dynamic systems. Developed by the authors, the two-relay controller consists of two relays switched by the feedback received from a linear or nonlinear system, and represents a new approach to the self-generation of periodic motions in underactuated mechanical systems.

The first part of the book explains the design procedures for two-relay control using three different methodologies – the describing-function method, Poincaré maps, and the locus-of-a perturbed-relay-system method – and concludes with stability analysis of designed periodic oscillations.

Two methods to ensure the robustness of two-relay control algorithms are explored in the second part, one based on the combination of the high-order sliding mode controller and backstepping, and the other on higher-order sliding-modes-based reconstruction of uncertainties and their compensation where Lyapunov-based stability analysis of tracking error is used. Finally, the third part illustrates applications of self-oscillation generation by a two-relay control with a Furuta pendulum, wheel pendulum, 3-DOF underactuated robot, 3-DOF laboratory helicopter, and fixed-phase electronic circuits.

Self-Oscillations in Dynamic Systems will appeal to engineers, researchers, and graduate students working on the tracking and self-generation of periodic motion of electromechanical systems, including non-minimum-phase systems. It will also be of interest to mathematicians working on analysis of periodic solutions.