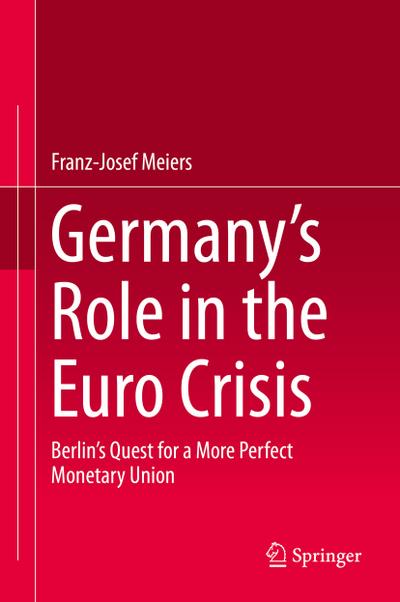 Germany’s Role in the Euro Crisis

This book analyses Germany’s role in the euro crisis. Based on the perception of Berlin as the emerging capital of the European Union, the author investigates three interrelated issues: Did the German policy approach of imposing austerity programs on countries in the middle of a deep recession contribute to the successful management of the euro crisis? Does Germany extend its sway over its European partners by forcing them to surrender to the German diktat of fiscal Disziplin and economic efficiency? Is the stubborn insistence on rigid fiscal adjustment another ominous sign of the Berlin Republic moving away from the country’s traditional European vocation toward an imperial leadership role? The book’s main argument is that Germany’s role in and responses to the euro crisis can best be explained by different concepts of self, historical memory, and institutional practices.

Introduction.- "Made in Germany": Categorial Imperatives of Ordoliberalism.- Teetering at the Edge of the Precipice: Merkel's Politics of Small Steps, 2009-2013.- Germany's Ordoliberal Lodestar and the Shifting Euro Crisis, 2014.- Germany's Role in the Euro Crisis Management.- "Merkelism" and the "New Normal".