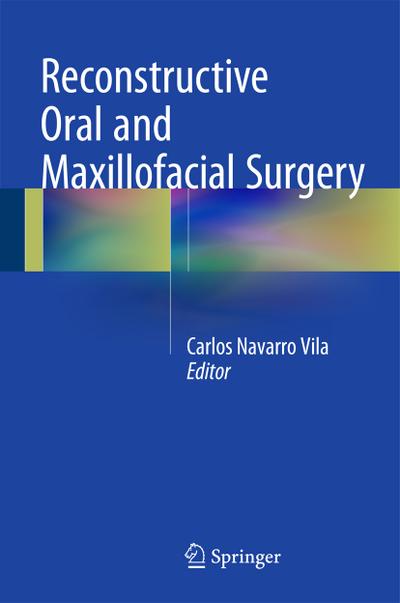 Carlos Navarro Vila is Full Professor of Maxillofacial Surgery in the Faculty of Medicine, Complutense University of Madrid, Spain and Head of the Oral and Maxillofacial Surgery Service at Hospital General Universitario Gregorio Marañón, Madrid. He gained his MD, cum laude, from Complutense University of Madrid in 1975 and went on to obtain his Doctor in Dentistry degree (cum laude) from the same university in 1978. From 1978 to 1985 he was Head of the Maxillofacial Department at Candelaria University General Hospital, Tenerife, Canary Islands. In 1995 he was appointed Titular Professor of Maxillofacial Surgery in the Faculty of Medicine at Complutense University of Madrid, subsequently taking up his present position of Full Professor in 2002. Professor Navarro Vila has been Visiting Professor at leading universities in Chile, Peru, Paraguay, Bolivia, and Argentina, as well as Honorary Professor at the University of Havana, Cuba. He was nominated Doctor Honoris Causa by the Carol Davila University, Bucharest, Romania. He is an Honorary Member of the Argentina Society of Head and Neck Pathology. Professor Navarro Vila is current President of the European Board of Oral and Maxillofacial Surgery. In 2013 he was made an Academic Correspondent of the Royal National Academy of Medicine, Spain. He is both editor and author of the following books: "Protocolos de tratamientos en los tumores de Cabeza y Cuello", "Cirugía Oral", and "Tratado de Cirugía Oral y Maxilofacial" (three volumes; 3rd edition in print). He is the author of 60 publications in peer-reviewed international journals and more than 70 publications in national journals.

This book describes the reconstructive procedures currently used by the authors for the treatment of oral and maxillofacial defects, based on twenty-five years of experience at a major European University Hospital. The coverage encompasses mandibular, maxillary, orbitocranial, intraoral soft tissue and cutaneous defect reconstruction. Controversies in defect reconstruction are discussed, and clear guidance is given on the optimal choice of reconstructive technique according to the location and size of the defect. Full descriptions are provided of both aesthetic and functional procedures, with use of implants and dental prostheses. The resultant functional and aesthetic reconstruction will enable the patient quickly to resume a normal social, family and professional life. All of the chapters include representative images depicting each stage of treatment, from preoperative study, through intraoperative and postoperative appearances, to ultimate outcome upon rehabilitation.
Provides full descriptions of a range of aesthetic and functional procedures
Introduction.- Mandibular Reconstruction.- Maxillary and Middle Third Face Reconstruction.- Reconstruction of the Cranio-Orbital Region.- Reconstruction of Soft Tissue Defects with Microsurgical Flaps.- Functional Implant Supported Dental Rehabilitation in Oncologic Patients.- Reconstruction in Facial Paralysis.