Neutrino Astrophysics with the ANTARES Telescope 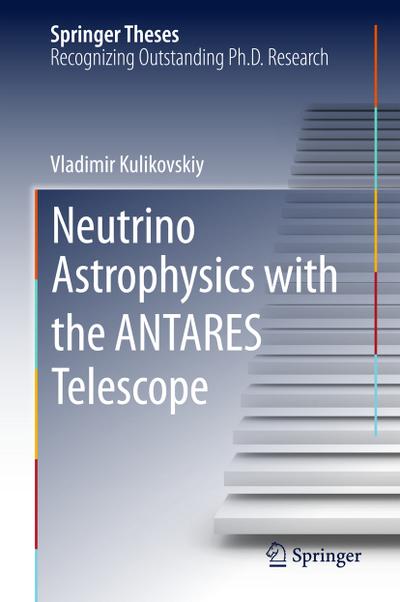 2006 - 2008 Master thesis, Moscow State University. KM3NeT detector simulations.
2009 - 2011 INFN fellow, Genoa. Supernova detection with ANTARES.
2011 - 2013 PhD thesis, Genoa & Paris VII. Fermi bubbles analysis with the ANTARES data. Neutrino mass hierarchy study with ORCA.
2014 - 2015 INFN Postdoc, Laboratori Nazionali del Sud. KM3NeT detector construction & tests. KM3NeT sensitivity to Dark Matter.
This thesis is devoted to ANTARES, the first underwater neutrino telescope in the Mediterranean sea. As the main scientific analysis, a search for high-energy neutrino emission from the region of the Fermi bubbles has been performed using data from the ANTARES detector. A method for the background estimation using off-zones has been developed specially for this measurement. A new likelihood for the limits calculation which treats both observations in the on-zone and in the off-zone in the similar way and also includes different systematic uncertainties has been constructed. The analysis of 2008-2011 ANTARES data yielded a 1.2 s excess of events in the Fermi bubble regions, compatible with the no-signal hypothesis. For the optimistic case of no energy cutoff in the flux, the upper limit is within a factor of three of the prediction of the purely hadronic model based on the measured gamma-ray flux. The sensitivity improves as more data are accumulated (more than 65% gain in the sensitivity is expected once 2012-2016 data are added to the analysis).
Nominated as an outstanding Ph.D. thesis by the University of Genoa, Italy
Introduction.- The ANTARES Detector.- Simulation of the ANTARES Detector Work.- Event Reconstruction and Data Selection.- Fermi Bubbles Analysis.- Conclusions.