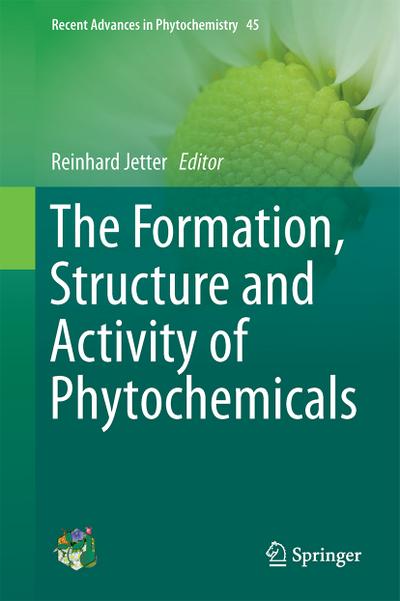 The Formation, Structure and Activity of Phytochemicals

Dr. Reinhard Jetter currently serves as a professor in the Department of Botany and Chemistry for the University of British Columbia. His research interests include plant biochemistry, molecular biology, and the chemical composition, physiological function and ecological roles of plant surface lipids.

This text provides both review and primary research articles for a broad audience of biologists, chemists, biochemists, pharmacologists, clinicians and nutrition experts, especially those interested in the biosynthesis, structure, function and/or bioactivity of plant natural products. Recurring themes include the evolution and ecology of specialized metabolites, the genetic and enzymatic mechanisms for their formation and metabolism, the systems biology study of their cell/tissue/organ context, the engineering of plant natural products, as well as various aspects of their application for human health.

In addition to analysis of current research, new developments in the techniques used to study plant natural products are presented and discussed, taking a detailed look at structure elucidation and quantification, "omic" (genomic/ proteomic/ transcriptomic/ metabolomics) profiling or for microscopic localization. In short, this series combines chapters from researchers that explain and discuss current topics in the most exciting new research in phytochemistry.
Provides both reviews and primary research articles for a broad audience of biologists, chemists, biochemists, pharmacologists, clinicians and nutrition experts

A Half-Century of the Phytochemical Society of North America: 1961-2011

Hormone Signaling: Current Perspectives on the Roles of Salicylic Acid and its Derivatives in

Metabolism of Glucosinolates and their Hydrolysis Products in Insect Herbivores