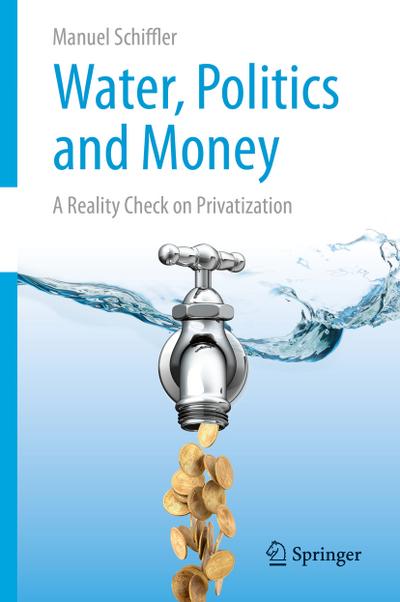 This book reveals all that can potentially happen when a private company takes over a local water supply system, both the good and the bad. Backed by real life stories of water privatization in action, author Manuel Schiffler presents a nuanced picture free of spin or fear mongering.

Inside, readers will find a detailed analysis of the multiple forms of water privatization, from the outright sale of companies to various forms of public-private partnerships. After covering their respective strengths and weaknesses, it then compares them to purely publicly managed water utilities.

The book examines the privatization and the public management of water and sewer utilities in twelve countries: the United States, the United Kingdom, France, Germany, the Philippines, Cambodia, Egypt, Jordan, Uganda, Bolivia, Argentina and Cuba. Readers will come to understand how and why some utilities failed while others succeeded, including some that substantially increased access, became more efficient and improved service quality even in the poorest countries of the world.

It is natural that a private company taking over a local water supply system causes both fear and worry for consumers. With the aid of solid empirical evidence, this book argues that who manages the system is only half the story. Rather, it is the corporate culture of the utilities and the political culture of where they operate that more often than not determines performance and how well a community is served.