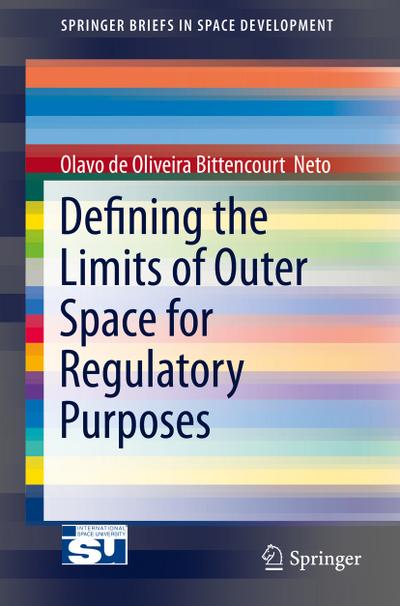 Defining the Limits of Outer Space for Regulatory Purposes

With different countries ascribing to different theories of air space and outer space law, Dr. Bittencourt Neto proposes in this Brief a reassessment of the international law related to the extension of state territories vertically. Taking into consideration the vast number of proposals offered by scholars and diplomatic delegations on this subject matter, as well as the principles of comparative law, a compromise to allow for peaceful development is the only way forward. The author argues for setting the delimitation of the frontier between air space and outer space at 100 km above mean sea level through an international treaty. This would also regulate passage rights for space objects during launchings and reentries, as long as those space activities are peaceful, conducted in accordance with international law and respecting the sovereign interests of the territorial State. Continuing expansion of the commercial space industry and conflicting national laws require a stable and fair legal framework best adjudicated by the United Nations, instead of allowing a patchwork system to persist. The proper framework for developing such regulation is carefully discussed from all angles with a practical recommendation for policy-makers in the field.
Introduction.- Air Space and Outer Space.- The Delimitation in Discussion.- Proposals.- The "Protozone"/"Mesospace" Situation.- National Legislation and Comparative Law.- Towards a Compromise.- Final Remarks.- Bibliography.