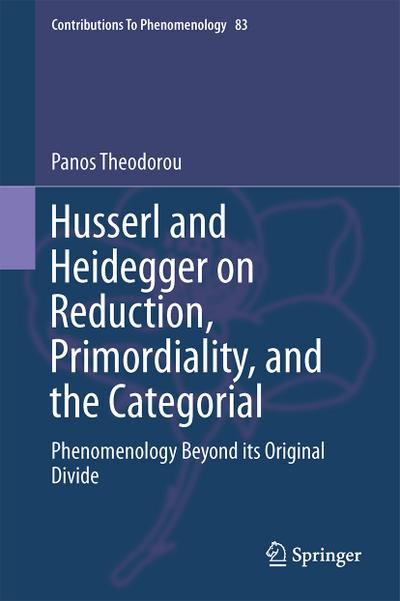 Husserl and Heidegger on Reduction, Primordiality, and the Categorial

Panos Theodorou is now assistant professor of philosophy at the University of Crete, Greece. He is the author of the book "Perception and Theory as Practices: Phenomenological Exercises on the Constitution of Objectivities" (2006) (in Greek) and has published internationally articles on Phenomenology, philosophy of science, and philosophy of emotions and values. He has also translated into Greek and commented the corpus of texts written by Husserl and Heidegger for the "Britannica Artikel" project (2005) and "Husserl's Crisis of the European Sciences" (2011).
This book deals with foundational issues in Phenomenology as they arise in the smoldering but tense dispute between Husserl and Heidegger, which culminates in the late 1920s. The work focuses on three key issues around which a constellation of other important problems revolves. More specifically, it elucidates the phenomenological method of the reductions, the identity and content of primordial givenness, and the meaning and character of categorial intuition. The text interrogates how Husserl and Heidegger understand these points, and clarifies the precise nature of their disagreements. The book thus sheds light on the meaning of intentionality and of its foundation on pre-objective time, on the sense of the phenomenological a priori, on intentional constitution, on the relatedness between intentionality and world, and on Heidegger's debt to Husserl's categorial intuition in formulating the question regarding Being/Nothing.

The author revisits these fundamental issues in order to suggest a general intra-phenomenological settlement, and to do justice to the corresponding contributions of these two central figures in phenomenological philosophy. He also indicates a way of reconciling and interweaving some of their views in order to free Phenomenology from its inner divisions and limitations, enabling it to move forward. Phenomenology can re-examine itself, its obligations, and its possibilities, and this can be of benefit to contemporary philosophy, especially with regard to problems concerning consciousness, intentionality, experience, and human existence and praxis within a historical world in crisis.

This book is ideally suited to students and scholars of Husserl and Heidegger, to philosophers of mind, consciousness and cognition, and to anyone with a serious interest in Phenomenology.