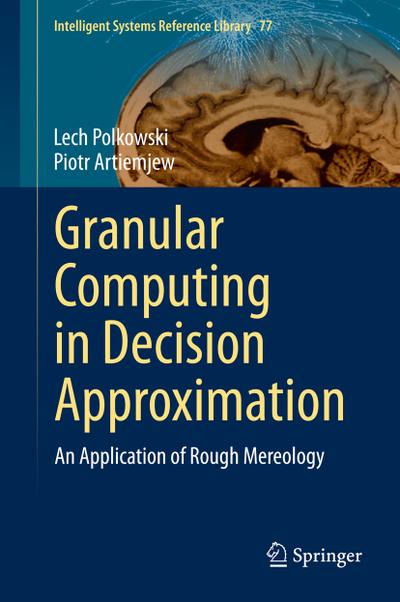 This book presents a study in knowledge discovery in data with knowledge understood as a set of relations among objects and their properties. Relations in this case are implicative decision rules and the paradigm in which they are induced is that of computing with granules defined by rough inclusions, the latter introduced and studied within rough mereology, the fuzzified version of mereology. In this book basic classes of rough inclusions are defined and based on them methods for inducing granular structures from data are highlighted. The resulting granular structures are subjected to classifying algorithms, notably k-nearest neighbors and bayesian classifiers.

Experimental results are given in detail both in tabular and visualized form for fourteen data sets from UCI data repository. A striking feature of granular classifiers obtained by this approach is that preserving the accuracy of them on original data, they reduce substantially the size of the granulated data set as well as the set of granular decision rules. This feature makes the presented approach attractive in cases where a small number of rules providing a high classification accuracy is desirable. As basic algorithms used throughout the text are explained and illustrated with hand examples, the book may also serve as a textbook.