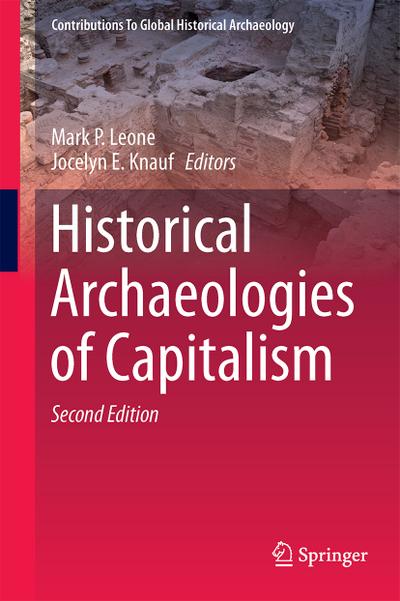 Mark P. Leone is professor in the Department of Anthropology, University of Maryland, College Park. He joined the faculty in 1976 after being an assistant professor at Princeton University. He has directed Archaeology in Annapolis since 1981.He has written two books devoted to Annapolis and to issues illustrated by its archaeology. The first is The Archaeology of Liberty in an American Capital: Excavations in Annapolis, University of California Press, 2005. The second is Critical Historical Archaeology, Left Coast Press, 2010.

Leone's major research in Annapolis involves the city's baroque gardens and town plans, African American culture in Annapolis since 1700, and a commitment to archaeology for public understanding begun in 1983.Since 2000, he has guided Archaeology in Annapolis through excavations at William Paca's 1792 plantation on Wye Island, on Maryland's Eastern Shore and at Wye House, home of the Lloyd family and Frederick Douglass, also on the Eastern Shore.

Jocelyn E. Knauf completed her PhD in Anthropology at the University of Maryland, College Park in May of 2013. She received a B.A. in Anthropology and a B.A. in International Studies from American University and a Masters of Applied Anthropology from the University of Maryland. Her dissertation research, conducted through the Archaeology in Annapolis program, focused on the processes of social identification and differentiation surrounding gender, race and labor in late 19th and early 20th century Annapolis, Maryland. Her research traces these shifting social relationships through interpretation of material culture including ceramics, glass, and landscapes. Her research interests include historical archaeology, material culture studies, feminist theory, social identity and cultural heritage issues related to anthropological research.

This new edition of Historical Archaeologies of Capitalism shows where the study of capitalism leads archaeologists, scholars and activists. Essays cover a range of geographic, colonial and racist contexts around the Atlantic basin: Latin America and the Caribbean, North America, the North Atlantic, Europe and Africa. Here historical archaeologists use current capitalist theory to show the results of creating social classes, employing racism and beginning and expanding the global processes of resource exploitation. Scholars in this volume also do not avoid the present condition of people, discussing the lasting effects of capitalism's methods, resistance to them, their archaeology and their point to us now.

Chapters interpret capitalism in the past, the processes that make capitalist expansion possible, and the worldwide sale and reduction of people. Authors discuss how to record and interpret these. This book continues a global historical archaeology, one that is engaged with other disciplines, peoples and suppressed political and economic histories. Authors in this volume describe how new identities are created, reshaped and made to appear natural.

Chapter 1. Jocelyn E. Knauf- Where Historical Archaeologies of Capitalism Are?

Chapter 2. Alison Wylie (from 1999 edition) - Why Should Historical Archaeologists Study Capitalism? The Logic of Question and Answer and the Challenge of Systemic Analysis.

Chapter 4. Jocelyn E. Knauf - What does Womanhood have to do with Capitalism?: Normalized domesticity and gender differentiation in Annapolis, MD, 1870-1930

Chapter 5. Michael P. Roller - Agamben's "State of Exception" and the Lattimer Massacre: historical archaeology of violence and capital in the 20th Century.

Chapter 6. Adam Fracchia and Stephen A. Brighton - Crushed Limestone and Ironstone: Labor Relations and Industry in a Nineteenth and Twentieth-Century Quarry Town

Chapter 11. George Hambrecht - The Colonization of the North Atlantic

Chapter 12. Gavin Lucas - [The Historical Archaeology of Capitalism in Iceland]

Chapter 13. Bjorner Olsen - [Capitalism and its Devastated Landscapes: Iceland and the North Atlantic]

Chapter 16. Samuel Sweitz - [The Impact of Capitalist Systems of Production and Ideologies on the Production and Organization of Space and Place in Latin America]

Chapter 17. Cristobal Gnecco - Engaging Capitalism and Modernity from Alternative Conceptions of Time and Materiality: A Case Study from Columbia.

Chapter 18. Carmel Schrire - The Historical Archaeology of the VOC (Dutch East India Company with official sites between Africa and Japan)

Chapter 19. Alfredo González-Ruibal - An Archaeology of Predation: Capitalism and the Coloniality of Power in Equatorial Guinea (Central Africa)