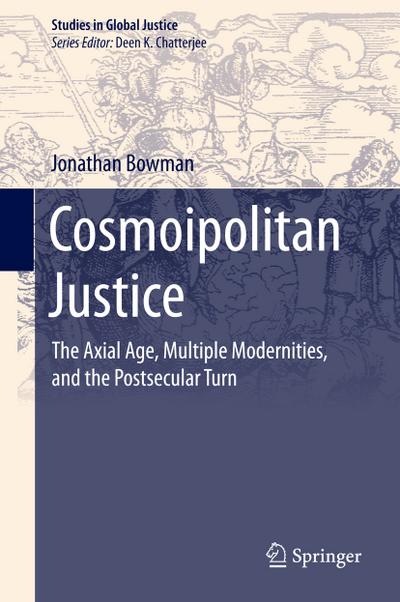 This book assesses the rapid transformation of the political agency of religious groups within transnational civil society under the conditions of globalization that have weakened the sovereign nation-state. It offers a comprehensive synthesis of the parallel resurgences of Jasper's axial thesis from the distinct lines of research initiated by Eisenstadt, Habermas, Taylor, Bellah, and others. It explores the concept of cosmoipolitanism from the combined perspectives of sociology of religion, critical theory, secularization theory, and evolutionary cultural anthropology. At the theoretical level, cosmoipolitanism prescribes how local, national, transnational, global, and virtual spaces ought publically to engage in transcivilizational discourse without presuming secular assumptions tied to cosmopolitanism. As a transnational extension of the moral-ethical universality of the great Axial Age traditions, cosmoipolitanism provides an ideal description of empirical data. Employing the insights of critical theory, this book offers a micro-level analysis of the pragmatics of discourse of each of the major axial traditions producing a genealogy in iterated stages of the dialectics of secularization as a multi-faceted narrative of the role of religion in alternative modernities. While circumscribing the particular historical limits of each tradition, the book extends their internal claims to species universality in light of the potential for boundless communication Jaspers saw as initiated with the Axial Age.

In Jon Bowman's novel and important work, he rethinks the challenges of global justice. Bowman is not just concerned with global justice in the modern world, but with a genealogy that begins with a better understanding of the Axial age, one that is also the unique signature of cosmoi-political institutions. Arguing with depth and precision, Bowman challenges Kantian and Rawlsian universalism. His argument provides a new interpretation of cosmopolitan justice as he explores the deeper roots of cosmopolitan justice.

Jon Bowman's Cosmoipolitan Justice is an important, innovative and timely work. Construing globality in terms of pervasive conditions of worldwide interdependence, Bowman advances a decidedly pluralistic account of cosmopolitanism, one uniquely shaped by recent theories of multiple modernities. His analysis is sustained by a highly informed appropriation of such diverse thinkers as Theodor Adorno, Abudullah An-Naim, Talad Asad, Schmuel Eisenstadt, Jürgen Habermas, Karl Jaspers, John Rawls, Amartya Sen, and Charles Taylor. One special feature is the book's synthesis of research on global governance with that on post-secularity and the place of religion in the public sphere. On this basis Bowman presents a distinctive account of the world's axial religions, one underwriting a multi-polar, intercultural global public realm able to address social, political, and economic issues confronting the global community today. This book should be of great interest to students and scholars in philosophy, political theory, international relations, sociology, and religious studies.