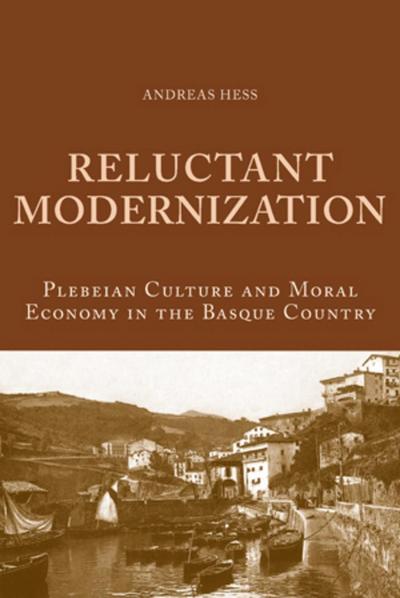 The Author: Andreas Hess teaches sociology at University College Dublin. His main publications include the authored books American Social and Political Thought: A Concise Introduction (2000) and Concepts of Social Stratification: European and American Models (2001); and the edited books American Social and Political Thought: A Reader (2003) and (with Christian Fleck and E. Stina Lyon) Intellectuals and their Publics: Perspectives from the Social Sciences (2009).
Three institutions that are of particular importance to Basque history and culture form the main subject of this book: the baserria (the Basque farmstead), the cofradía (the fraternity of fishermen) and the txoko (gastronomic society). In this study the three institutions are seen as windows; once we look through these windows, we get an opportunity to see the larger picture - namely the structural components of a rich plebeian culture and moral economy. While the investigation of baserri culture provides insights into Basque rural life and the radical changes that occurred with industrialization, the cofradía allows the reader to see the connection that the Basque Country has with the sea. The third institution, the txoko or sociedad gastronómica, represents a more recent and urban phenomenon and reflects an effort to come to terms with urbanization and the anonymous forms of modern life. The book closes with some reflections on cultures that have been somewhat reluctant to modernize.
Exklusives Verkaufsrecht für: Gesamte Welt.
Contents: Introduction: From the Critique of Basque Egalitarianism to an Understanding of Reluctant Modernization - 'Defending the Home': Moral Economy in the Rural Environment: The Baserria: A 'Total Institution' in Historical Perspective - Function and Crisis of the Traditional Baserria - Reluctant Modernization I: The Baserria as an 'Exit' Model of Moral Economy - 'Working the Waves': The Brotherhood of Fishermen and Moral Economy: The Sea and the Harbour: A Short History of the Cofradía - Function and Crisis of the Cofradía - Reluctant Modernization II: The Cofradía as an Attempt to Facilitate 'Voice' - 'The Social Bonds of Cooking': Gastronomic Societies and Moral Economy: Origins, Historical Development and Geographical Distribution of the Txoko - Formal Organization, Social Context and Function of the Txoko - Between Homogenization and Differentiation: Basque Cooking and Culinary Culture - Reluctant Modernization III: 'Commensality', 'Loyalty' and Urban Forms of Life - Conclusion: Reluctant Modernization, Plebeian Culture and Moral Economy in the Basque Country.