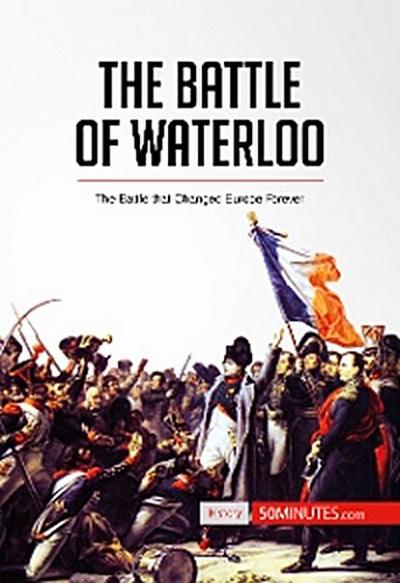 The Battle of Waterloo

Keen to learn but short on time? Get to grips with the events of the Battle of Waterloo in next to no time with this concise guide.


50Minutes.com provides a clear and engaging analysis of the Battle of Waterloo. At the start of the 19th century, the French emperor Napoleon Bonaparte won a series of stunning military victories and ruled over a vast empire. This all changed at the Battle of Waterloo, where a coalition including Britain and the Netherlands was able to overcome the French. The battle ended Napoleon’s rule and led to his exile on St. Helena, where he later died.

In just 50 minutes you will:

• Learn about each stage of the battle, including the positioning of the troops and the defensive actions taken