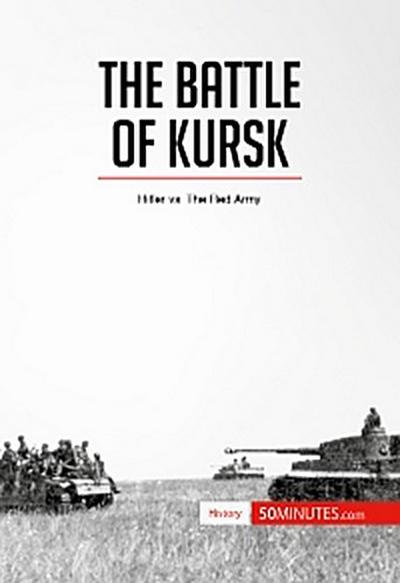 The Battle of Kursk

Keen to learn but short on time? Get to grips with the events of the Battle of Kursk in next to no time with this concise guide.


50Minutes.com provides a clear and engaging analysis of the Battle of Kursk. After a crushing defeat at Stalingrad, Hitler needed more than ever to lead an attack that would reassure the German people and restore his prestige. To do this, he launched a new offensive against the Soviets near Kursk, but this too proved disastrous for him. The Battle of Kursk was a key clash in the Second World War, and is one of the most important tank battles in history.

• Understand the political and social background to the Battle of Kursk, as well as details of the surrounding global conflict

• Learn about the different stages of the battle, including the positioning of the troops and the impact of each attack and defensive action