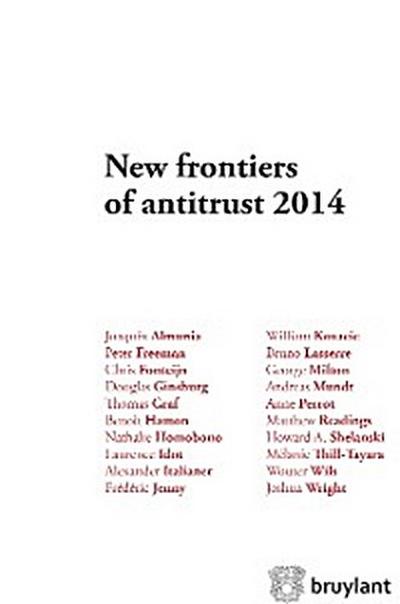 This volume contains the papers presented at the annual Concurrences Journal conference held on 21 February 2014 at the French Ministry for the Economy. After the traditional « State of the Union », presented by Vice President Joaquín Almunia in the context of the « after » economic crisis, the papers adress four main issues:

• European Competition Network 10 years after & EC Regulation 1/2003: Can cooperation be extended to merger control and advocacy?

• Restructuring firms in the context of crisis: What role for merger policy? The volume ends by a contribution of Minister Benoît Hamon on the French class action. This work was published in the collection under the scientific direction of Professor Laurence Idot.