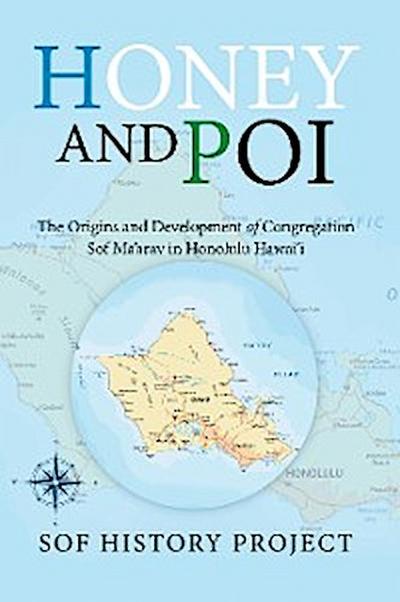 It isn’t often that a small lay-led Jewish conservative congregation gets its photos featured in the New York Times Weekly Magazine. The impetus for such coverage was a Congregation Sof Ma’arav (Sof) member-initiated publication titled When You Live in Hawaii, You Get Very Creative During Passover Cookbook. The cookbook is just one example of how this little congregation in the middle of the Pacific prompted and promoted its members to consider and execute creative and collective achievement during its forty-seven-year history.
This book will review the questions that Sof has struggled with during its time: conversion, egalitarianism, religious education, United Synagogue of Conservative Judaism affiliation, finances, and skill levels. In each instance, people, ideas, and programs enabled Sof, standing alone, to cope with these issues without losing its sense of purpose.

Hopefully, the Sof’s story will amaze the reader as much as it has its author. The story itself is built on three legs: document collection and organization, library research, and group/individual interviews. This book will be successful to the extent that it does justice to many people who have nurtured it in the past and inspire present and future members to recognize their responsibilities to insure its continuance.

The book ends with some ideas for discussion and planning. Having established itself as a successful enterprise, Congregation Sof Ma’arav is now asked to look beyond itself and outward toward assuming a larger role in fostering the health of the Jewish community of Hawai’i and of Hawai’i itself.