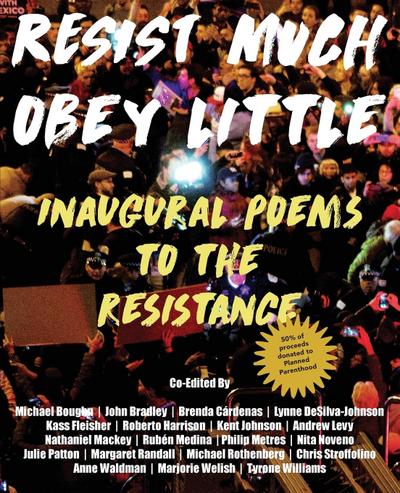 The Most Urgent Literary Anthology of the 21st Centurywe can't build a wall. we can only spout pure water again and again and drown his lies.
Eileen Myles
Racism, xenophobia, misogyny and their related malaises are to the U.S. what whiskey is to an alcoholic. The current occupant of the White House won the election yipping, against possible recovery, "Drinks are on me!" The rich, multitudinous voices in this anthology variously call for-having embarked on-the hard work of sobriety, sanity.
Nathaniel Mackey
Poets are summoned to a stronger imagination of language and humanity in a time of new and radical Weathers. White House Inc. is the last gasp of the dying Confederacy, but its spectacle is dangerous and addictive so hold onto your mind. Fascism loves distraction. Keep the world safe for poetry. Open the book of love and resistance. Don't tarry!
Anne Waldman