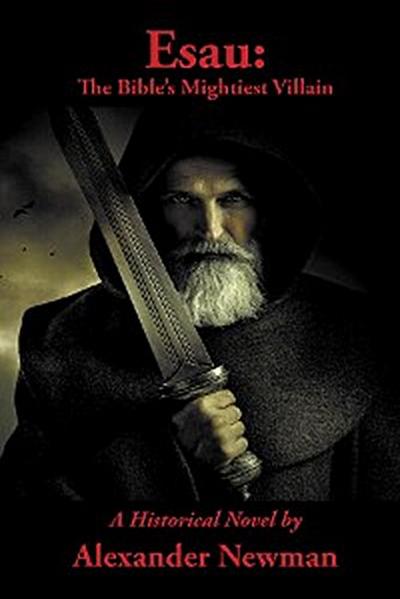 Before Hercules, before Genghis Khan, before the Vikings—
there was ESAU.

The toughest guy of them all.

The smartest villain who ever lived.

Both twin sons of Isaac and Rebecca were born with enormous spiritual powers, but the brothers could not be more different. Jacob is drawn to quiet study, while Esau is a fun-loving and brash thrill-seeker.

Esau's life takes a sharp turn after a deadly encounter with the legendary King Nimrod of Babylon. Dreaming of outshining the great king, Esau becomes a fearless warrior who triumphs in his battles with bandits, soldiers, and giants. With cunning and bravery, the meager force of his sons and servants manages to conquer the entire Horite kingdom.

While Esau devotes his mighty powers to pursuit of heroics and sensual vices, Jacob uses them to spread holiness. The conflict between fame and infamy is inevitable. But can Esau overcome his brother who seems invincible? Can he regain the love he lost during all the fighting? Follow the twists and turns of this fast-paced novel, full of adventure, battles, love and betrayal, to the answers—and the shocking conclusion.

Alexander Newman was born in Russia, which he fled 40 years ago. An engineer by profession, he has written three popular nonfiction books published by McGraw-Hill, one of which is in the third edition and translated into Chinese. This book is a culmination of his lifelong interest in epic biblical stories and the daily life in the ancient times. In addition to extensive research, he has visited Israel to gather precious details that make all the difference in a novel. He has been drawn to the biblical conflict between Jacob and Esau for a long time, because it is so similar to the struggles in our own lives. He and his family live in the Boston area, at the edge of a forest.