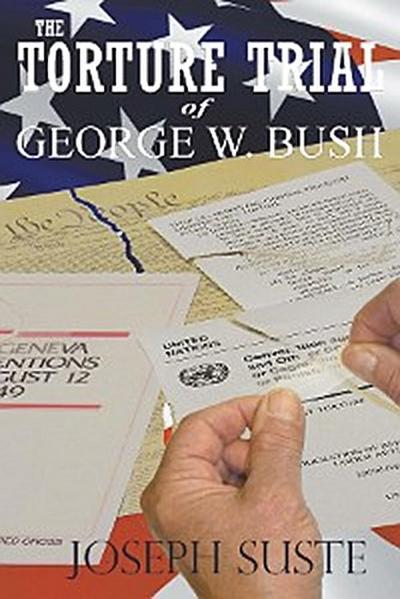 It’s no secret that President George W. Bush ordered the torture of terrorist suspects in the years following the 911 attack; yet, powerful political forces and a legal firewall have protected him and his accomplices from prosecution. It takes the courage and dedication of Special Prosecutor Timothy Madegen to skirt an impotent U.S. Justice system and bring the torturers to trial. Allies join him: A reluctant federal judge holds off establishment forces, a protective Vietnam vet is driven by loyalty to Madegen’s dead father, a curmudgeon law professor offers inventive legal tactics, and a pretty political scientist falls in love with him. Ruthless forces oppose Madegen with slander, subversion, and violence. The Torture Trial of George W. Bush calls for action and pricks the conscience of political leaders and the American People.

“Joseph Suste imagines a trial of George W. Bush for the torture of prisoners in U.S. custody. Although there is probable cause to believe Bush committed several crimes, it is unlikely he will ever be held accountable for the torture and abuse conducted during his presidency.”


Marjorie Cohn, professor at Thomas Jefferson School of Law and editor of The United States and Torture: Interrogation, Incarceration, and Abuse.

Joseph Suste published his first novel, Sharp Obsidian, in 2014, about a headstrong teenage girl testing boundaries and her panicked father. Suste’s activist attempts to stop abusive interrogation tactics inspired this book. The story is a plea to the American people to remember a dark period in U.S. history and to reclaim national humanitarian values by bringing the guilty to justice. Suste turned to writing in his sixties, taking creative writing classes at Southern Oregon University. He’s an engineer, real estate broker, actor, playwright, fiction writer, and poet.