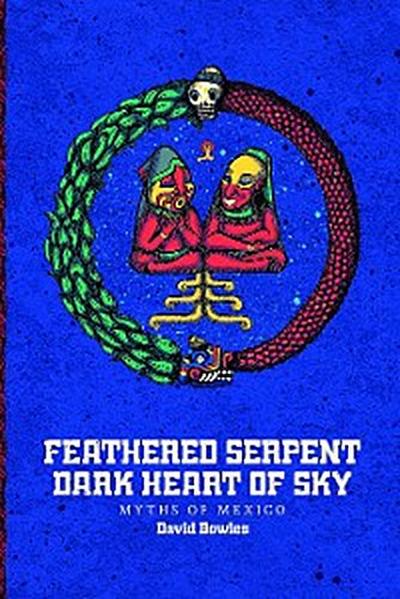 Feathered Serpent, Dark Heart of Sky retells the history of creation and its downfall told through Aztec folklore and myths passed from generation and, now, to reader.

Spanish Conquistadors and the Imperial Catholic Church, through murder and fire, tried to erase from history the creation stories of the Aztecs and other Mexican peoples. But bits and pieces survived. Through long research and imagination, David Bowles has woven together a remarkable tapestry of the whole, from the beginnings of the world to when Cortes first stepped onto the Continent.

Legends and myths captured David Bowles's imagination as a young Latino reader; he was fascinated with epics like the Iliad and the Odyssey. Despite growing up on the United States/Mexico border, he had never read a single Aztec or Mayan myth until he was in college. This experience inspired him to reconnect with that forgotten past. He is currently working on adapting stories from Feathered Serpent, Dark Heart of Sky for a younger audience with the middle grade graphic novel series Tales of the Feathered Serpent. The first installment, Rise of the Halfling King tells the story of the dwarf king of Uxmal. Several of his previous books have also incorporated themes from Mexican myths that are told throughout generations such as the middle grade graphic novel, The Chupacabras of the Rio Grande (The Unicorn Rescue Series) which includes the infamous chupacabra, a creature from Latin American folklore that sucks the blood of livestock, goats, and even people. His other works include They Call Me Guero: A Border Kid’s Poems which won the Pura Belpré Honor award, the TIL Best Middle Grade Book award, the Tomás Rivera award, and numerous other honors.