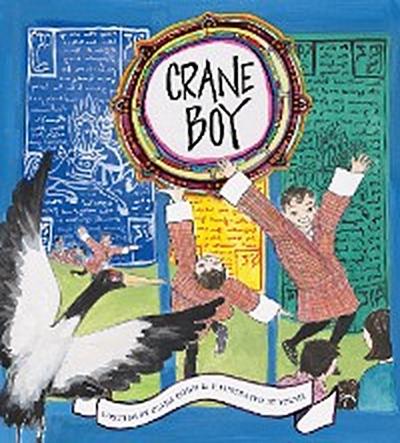 Kinga and his classmates create a dance to honor the cranes of Bhutan and to create awareness for their plight.

Every year, Kinga and his classmates wait for the black-necked cranes to return to the kingdom of Bhutan. The birds fly south over the highest mountains in the word to winter in the valley where Kinga lives, deep in the Himalayas. The cranes have been visiting the valley since ancient times, but every year, fewer cranes return. Kinga is concerned. "What can he do?," he wonders. He and his classmates approach the monks for permission to create and perform a dance to honor the cranes and to remind the Bhutanese people of their duty to care for them. The monks caution them to first watch the cranes to see how they move and learn from them. The children watch and practice. And practice some more until the big day when they perform before the king of Bhutan.

Diana Cohn is an educator and writer with an active commitment to social justice work. She has published six picture books for children. Crane Boy was inspired by two visits to Bhutan and by her interest in how cultural traditions evolve and adapt over time.

Youme is an author, illustrator, and community-based artist who has worked internationally in Asia, Africa, and the Caribbean. Her first book Selavi: That is Life won the 2005 Jane Addams Peace Award. Pitch Black: Don't Be Skerd, a graphic novel she co-authored with Anthony Horton, was named one of YALSA's Top Ten Great Graphic Novels in 2009.