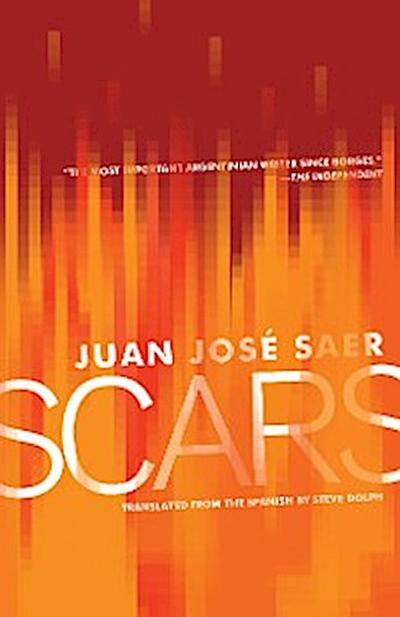 The tragedy of a man's trip duck hunting with his wife and too much gin is told from four perspectives.

"The most important Argentinian writer since Borges."—The Independent

Juan José Saer's Scars explores a crime committed by Luis Fiore, a thirty-nine year old laborer who shot his wife twice in the face with a shotgun; or, rather, it explores the circumstances of four characters who have some connection to the crime: a young reporter, Ángel, who lives with his mother and works the courthouse beat; a dissolute attorney who clings to life only for his nightly baccarat game; a misanthropic and dwindling judge who's creating a superfluous translation of The Picture Dorian Gray; and, finally, Luis Fiore himself, who, on May Day, went duck hunting with his wife, daughter, and a bottle of gin.

Each of the stories in Scars explores a fragment in time—be it a day or several months—when the lives of these characters are altered, more or less, by a singular event. Originally published in 1969, Scars marked a watershed moment in Argentinian literature and has since become a modern classic of Latin American literature.

Juan José Saer was the leading Argentinian writer of the post-Borges generation. The author of numerous novels and short-story collections (including Scars and La Grande), Saer was awarded Spain's prestigious Nadal Prize in 1987 for The Event.

Steve Dolph is the founder of Calque, a journal of literature in translation. His translation of Juan José Saer's Scars was a finalist for the 2012 Best Translated Book Award.