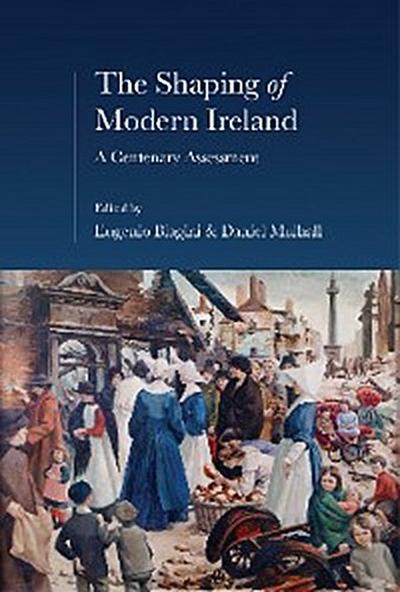 The Shaping of Modern Ireland

High-profile contributors re-write the seminal 1960s collection, originally published by Conor Cruise O’Brien, offering unparalleled understanding of prominent figures in Irish history and politics from 1890s to 1916 and beyond. The Shaping of Modern Ireland: A Centenary Assessment, contains stunning re-appraisals of monumental figures, including Collins, de Valera, Pearse and Connolly, through the lens of modern research.

Originally published in 1960 and edited by Conor Cruise O’Brien, The Shaping of Modern Ireland was a seminal work surveying the lives of prominent early twentieth-century figures who influenced Irish affairs in the years between the death of Charles Stewart Parnell in 1891 and the Easter Rising of 1916. The chapters were written by leading historians and commentators from the Ireland of the 1950s, some of whom personally knew the subjects of their essays.

This volume draws its inspiration from that seminal work. Written by some of today’s leading figures from the world of Irish history, politics, journalism and the arts, it revisits a crucial phase in the country’s history, one that culminated in the Easter Rising and the Revolution, when everything ‘changed utterly’. With chapters on men and women of the stature of Carson, Connolly and Markievicz, but also industrialists such as Guinness who contributed to ‘shaping modern Ireland’ in the social and economic sphere, this book offers an important contribution to the renewal of the debate on the country’s history.