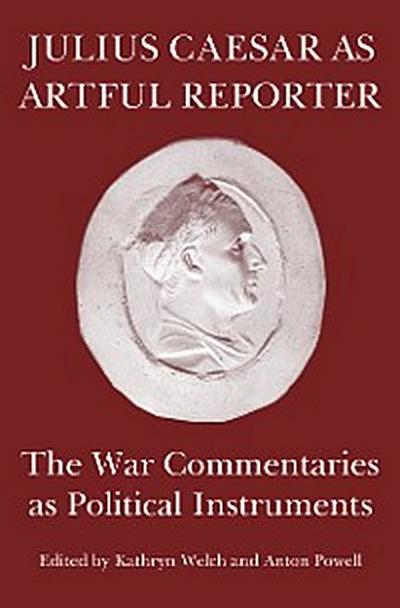 The writings of Julius Caesar have beguiled by their apparent simplicity. Generations of readers have been encouraged to see them as a limpid record of positive achievement. The contributors to this volume demonstrate that the appearance of simplicity is achieved by devious and accomplished art. In nine original studies, focussing mainly on the Gallic War, the contributors trace systems of justification and omission, of measured praise and subtle criticism, which served to promote Caesar and to leave Roman enemies empty-handed. It is shown that Caesar's writing has an ingenuity of description which might seduce the casual Roman sceptic, and an artfulness of focus which now recalls the cinematographic. Even the notorious regularity of Caesar's syntax and his economy of vocabulary are revealed as pointed elements of a political manifesto. Far from being a plain and traditional record of warfare, Caesar's Commentaries are here shown to illuminate the political thinking of a man on his way to reshaping the world.
Preface Introduction: Caesar and Roman politics in the 50s BC 1. The publication of De Bello Gallico - T.P. Wiseman 2. Ratio and Romanitas in the Bellum Gallicum -
Lindsay G.H. Hall 3. The Logos of Caesar's Bellum Gallicum, especially as revealed in its first five chapters -
Catherine Torigian 4. The Veneti revisited: C.E. Stevens and the tradition on Caesar the propagandist -
Barbara Levick 5. Caesar and his officers in the Gallic War Commentaries -
Kathryn Welch 6. Julius Caesar and the presentation of massacre -
Anton Powell 7. Noble Gauls and their other in Caesar's propaganda -
Jonathon Barlow 8. Caesar's portrayal of Gauls as warriors -
Louis Rawlings 9. 'Instinctive genius': The depiction of Caesar the general -
Adrian Goldsworthy Index