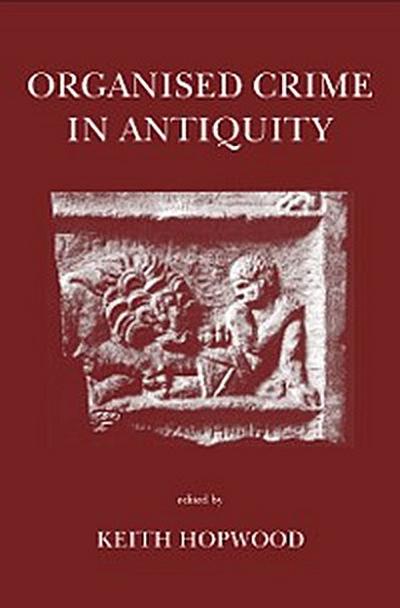 'What are states but large bandit bands, and what are bandit bands but small states?' So asked St Augustine, reflecting on the late Roman world. Here nine original studies, by established historians of Greece, Rome and other ancient civilisations, explore the activities and the images of ancient criminal groups, comparing them closely and provocatively with the Greek and Roman government which the criminals challenged.
Introduction - Keith Hopwood 1. The Mafia of early Greece: Violent exploitation in the seventh and sixth centuries BC - Hans van Wees 2. 'Workshops of villains': Was there much organised crime in classical Athens - Nick Fisher 3. Condottieri and clansmen: Early Italian raiding, warfare and the state - Louis Rawlings 4. The revolt of the Boukoloi: Geography, history and myth - Richard Alston 5. Native rebellion in the Pisidian Taurus - Stephen Mitchell 6. Bandits between grandees and the state: The structure of order in Roman Rough Cilicia - Keith Hopwood 7. 'You speculate on the misery of the poor': Usury as civil injustice in Basil of Caesarea's second homily on Psalm 14 - Susan R. Holman 8. The violence of the circus factions - Michael Whitby 9. Crime and control in Aztec society - Frances F. Berdan Index