Competition in the Ancient World 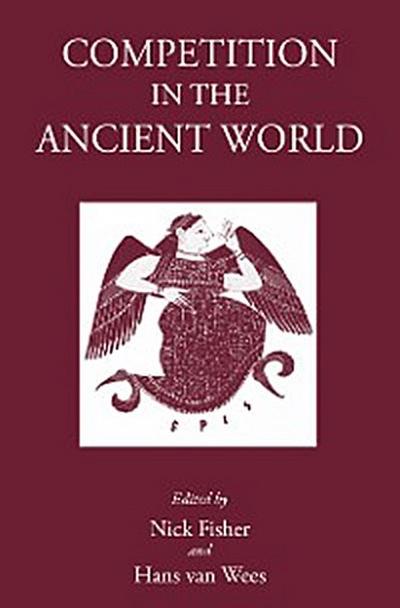 Ancient peoples, like modern, spent much of their lives engaged in and thinking about competitions: both organised competitions with rules, audiences and winners, such as Olympic and gladiatorial games, and informal, indefinite, often violent, competition for fundamental goals such as power, wealth and honour. The varied papers in this book form a case for viewing competition for superiority as a major force in ancient history, including the earliest human societies and the Assyrian and Aztec empires. Papers on Greek history explore the idea of competitiveness as peculiarly Greek, the intense and complex quarrel at the heart of Homer's Iliad, and the importance of formal competitions in the creation of new political and social identities in archaic Sicyon and classical Athens. Papers on the Roman world shed fresh light on Republican elections, through a telling parallel from Renaissance Venice, on modes of competitive display of wealth and power evident in elite villas in Italy in the imperial period, and on the ambiguities in the competitive self-representations of athletes, sophists and emperors.
Acknowledgments Preface Part I: Competition in comparative perspective 1. Rivalry in history: an introduction - Hans van Wees 2. Fame and prizes: competition and war in the Neo-Assyrian empire - Karen Radner 3. Levels and strategies of competition in the Aztec Empire - Frances F. Berdan Part II: Competition in Greece 4. Ancient Greek competition - a modern construct? - Christoph Ulf 5. Conflict and community in the Iliad - William Allan and Douglas Cairns 6. Peer-polity interaction and cultural competition in sixth-century Greece - Sara Forsdyke 7. Competitive delights: the social effects of the expanded programme of contests in post-Kleisthenic Athens - Nick Fisher Part III: Competition in Rome 8. Lotteries and elections: containing elite competition in Venice and Rome - Henrik Mouritsen 9. Keeping up with the Joneses: competitive display within the Roman villa landscape - Hannah Platts 10. Competitiveness and anti-competitiveness in Philostratus' Lives of the Sophists - Jason Konig