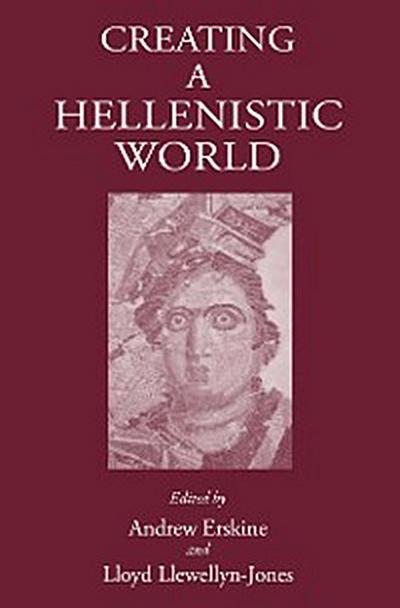 Alexander's conquest of the Persian empire had far-reaching impact, in space and time. Much of the territory that he seized would remain under the control of Macedonian kings until the arrival of the Romans. But Macedonian power also brought with it Greeks and Greek culture. In this book, leading scholars in the field explore the creation of this Hellenistic world, its cultural, political and economic transformations, and how far these were a consequence of Alexander's conquests. New kingdoms were established, new cities such as Alexandria and Antioch were founded, art and literature discovered fresh patrons. Egyptians and Iranians had to come to terms with Graeco-Macedonian rulers and settlers, while Greeks and Macedonians learned the ways of more ancient cultures. The essays presented here offer an exciting interdisciplinary approach to the study of this emerging Hellenistic world, its newness but also its oldness, both real and imagined.
1. The First Hellenistic Man - Robin Lane Fox 2. The Koine. A New Language for a New World -
Stephen Colvin 3. The Letter of Aristeas -
Richard Hunter 4. The Silver Shields, Eumenes, and Their Historian -
Joseph Roisman 5. From Satrapy to Hellenistic Kingdom: the case of Egypt -
Alan B. Lloyd 6. Frataraka Rule in Seleucid Persis: a New Appraisal -
Josef Wiesehofer 7. Early Hellenistic Rhodes: the Struggle for Independence and the Dream of Hegemony -
Hans-Ulrich Wiemer 8. The Significance of Plataia for Greek Eleutheria in the Early Hellenistic Period -
Shane Wallace 9. Between Philosophy and the Court: the Life of Persaios of Kition -
Andrew Erskine 10. Being Royal and Female in the Early Hellenistic Period -
Elizabeth Carney 11. How to Marry a Courtesan in the Macedonian Courts -
Daniel Ogden 12. A Key to Berenike's Lock? The Hathoric Model of Queenship in Early Ptolemaic Egypt -
Lloyd Llewellyn-Jones and Stephanie Winder 13. Against leptotes: Rethinking Hellenistic Aesthetics -
James I. Porter 14. Style, Continuity and the Hellenistic Baroque -
Peter Schultz