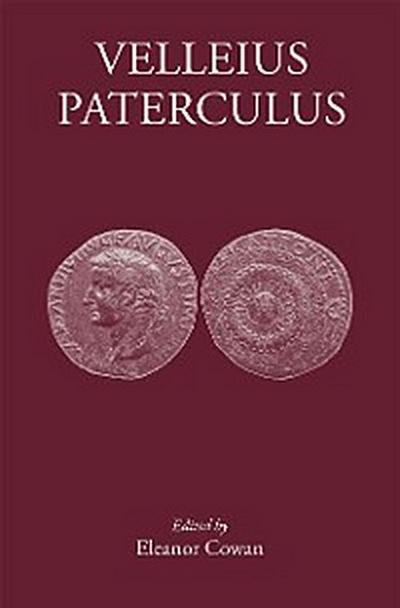 Velleius Paterculus' short work is the earliest surviving attempt on the part of a post-Augustan historian to survey the history of the res publica from its origins to his own times. In a period from which no other contemporary historical narrative survives in more than meagre fragments, Velleius' work is uniquely important. It is a critical counter to the later accounts of Tacitus, Suetonius and Cassius Dio, not simply because it offers a different view of Tiberius, but because Velleius saw continuity where later authors saw only radical change which destroyed the Republic and put monarchy in its place. For other reasons, too, Velleius occupies a unique position in Roman historiography. This collection of papers, by a distinguished cast of scholars, represents a wide-ranging re-examination of Velleius' work, of its place within, and contribution to, Roman historiography and the intellectual history of the early Principate.
Introduction - Eleanor Cowan Velleius Paterculus as Senator. A dream with footnotes -
Barbara Levick A page in the history of Campania -
Maria Elefante Velleius Paterculus and his Italian background -
Edward Bispham Transit admiratio: memoria, invidia, and the historian -
Martin Bloomer Velleius' history: genre and models -
John Rich Explanatory strategies in Velleius -
John Marincola Velleius 2.30.6 and Tacitus, Histories 4.81: allusion and intertext -
Victoria Pagan Velleius and biography: the case of Julius Caesar -
Christopher Pelling Roman values in Velleius -
Ulrich Schmitzer Resuscitating a text: Velleius' history as cultural evidence -
John Lobur Velleius 2.124.2 and the reluctant princeps -
Tom Hillard ' Dying with their boots on': ambivalence in Velleius' depiction of republican notables -
Clemence Schultze The Stones of Blood: Family, Monumentality, and Memory in Velleius' Second Century -
Luke Pitcher Heroism and Despair in Velleius Paterculus' narrative of the Republic -
Catherine Steel Velleius and the Games -
T.P. Wiseman Velleius and Pompey: ambiguities and contradictions -
Robin Seager Velleius Paterculus' portrait of Livia -
Kathryn Welch Velleius and the princeps Romani nominis -
Eleanor Cowan