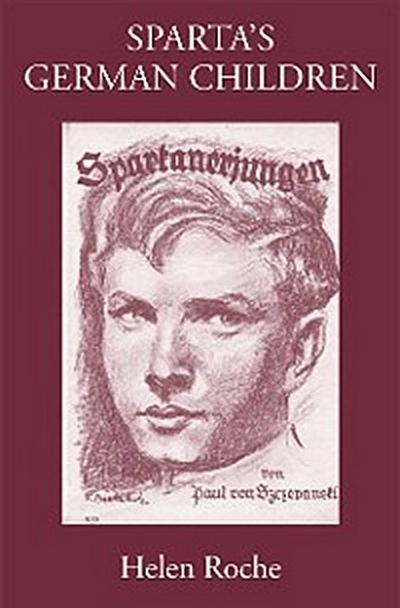 From the eighteenth century until 1945, German children were taught to model themselves on the young of an Ancient Greek city-state: Sparta. From older children, from teachers in the classroom, and from higher authority first in Prussia, then in Imperial and National Socialist Germany, came images of Sparta designed to inculcate ideals of endurance, discipline and of military self-sacrifice. Identification with Sparta could also be used to justify ideas of domination over Germany's eastern neighbours. Helen Roche is the first to examine this still sensitive topic systematically and in depth. She collects and analyses official and published German evocations of Sparta but also, and remarkably, reconstructs the experiences of German children taught to be 'little Spartans' in the Prussian Cadet Corps and National Socialist elite schools, the Napolas. In treating the final, and gravest, period of this process, the author has personally collected testimony from numerous surviving German witnesses who attended the Napolas as children in the early 1940s. That testimony is presented here, in a work which is likely to proof definitive, not only for its treasury of new information, but for its elegant - and humane - analysis.
1 General introduction: Sources and methodology The philhellenist background 2 Personal and political appropriations of Sparta at the Prussian Cadet Corps: Historical context 'The Spartans of Lichterfelde' Historical background: The aims and ethos of the Royal Prussian Cadet Corps 3 Spartanerjunglinge, or the importance of being Spartan: How to become a Spartan Youth The endorsement of Spartanertum by Cadet-Corps authority figures 4 Creating the Cadet-Corps' Spartabild:Teaching, textbooks and the ancient sources The Spartan trope and the ancient sources Cadet-school textbooks as potential sources for the Spartan trope 5 Of Spartans and Socialisation: The function of 'spartanern' The anatomy of the total institution The Prussian Cadet Corps as a total institution The function of 'spartanern' 6 The Cadet Corps and its critics: Education, politics and the Prussian military The Cadet Corps, politics and Spartanertum, 1840-1900 Anti-militarist attitudes: Sparta as a byword for brutality in liberal and socialist thought 7 Raging against the Republics: 'Spartan' self-definition in the cadet-school Traditionsgemeinschaft, 1920-1995 Spartan Youth versus the Spartacists: The contestednature of Cadet-Corps Spartanertum during the Weimar Republic The afterlife of the topos: 'Spartan' self-definition and nostalgia in the cadet school Traditionsgemeinschaft post-1945 Conclusions 8 Personal and Political Appropriations of Sparta at the Nationalpolitische Erziehungsanstalten: Historical context 'Cadet Schools of the Third Reich'? The aims and ethos of the Nationalpolitische Erziehungsanstalten (1933-1945) Sparta and the creators of the NPEA 9 'Sparta's Spirit Lives!' Sparta's role in ideology and everyday life at the Napolas: 'We demand firm, Spartan discipline!' Racial ideology, textbooks, and the Napolas' nazified view of Sparta Role-models of heroism and self-sacrificial death: Memories of Spartan teaching at the Napolas 'Spartas Geist lebt! ': Napola pupils' personal identifications with Sparta Conclusions 10 Conclusion Appendix: Instances of the Spartan topos relating to the Prussian Cadet Schools, arranged chronologically