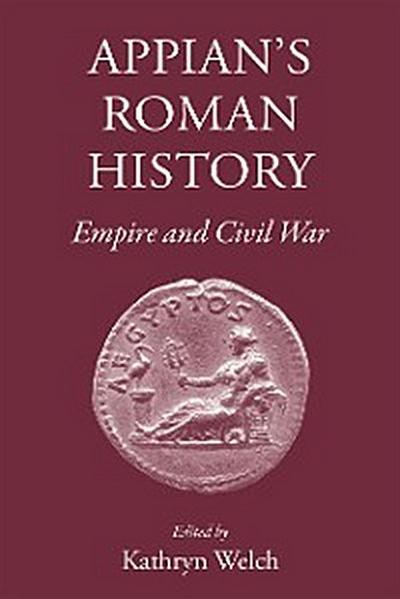 Appian of Alexandria lived in the early-to-mid second century AD, a time when the pax Romana flourished. His Roman History traced, through a series of ethnographic histories, the growth of Roman power throughout Italy and the Mediterranean World. But Appian also told the story of the civil wars which beset Rome from the time of Tiberius Gracchus to the death of Sextus Pompeius Magnus. The standing of his work in modern times is paradoxical. Consigned to the third rank by nineteenth-century historiographers, and poorly served by translators, Appian's Roman History profoundly shapes our knowledge of Republican Rome, its empire and its internal politics. We need to know him better. This collection of 15 new papers from a distinguished international team studies both what Appian had to say and how he said it. The papers engage in a dialogue about the value of Appian's text as a source of history, the relationship between that history and his own times, and the impact on his narrative of the author's own opinions - most notably that Rome enjoyed divinely-ordained good fortune. Some authors demonstrate that Appian's text (and even his mistakes) can yield significant new information, others re-open the question of Appian's use of source material in the light of recent studies showing him to be far more than a transmitter of other people's work.
Kathryn Welch (University of Sydney) Appian of Alexandria: A Reappraisal Andrew G. Bonnell (University of Queensland) A "very valuable book": Karl Marx and Appian
Josiah Osgood (Georgetown University)
Breviarium Totius Imperii: The Background of Appian's Roman History
Jonathan J. Price (Tel Aviv University) Thucydidean Stasis and the Roman Empire in Appian's Interpretation of History
John Rich (University of Nottingham) Appian, Polybius and the Romans' War with Antiochus the Great: A study in Appian's Sources and Methods
Richard Westall (Catholic University of America, Rome) The Sources for the Civil Wars of Appian of Alexandria
Fiona Tweedie (University of Sydney) Appian's Characterisation of Scipio Aemilianus
Eleanor Cowan(University of Sydney) Deceit in Appian
Luke Pitcher (Somerville College, Oxford) The Erotics of Appian
Martin Stone (University of Sydney) Tiberius Gracchus and the Nations of Italy
Kit Morrell (University of Sydney) Appian and the Judiciary Law of M. Livius Drusus (tr. pl. 91)
Tom Stevenson (University of Queensland) Appian on the Pharsalus Campaign: Civil Wars 2.48-91
Kathryn Welch Programme and Narrative in Civil Wars 2.118-4.138
Bronwyn Hopwood (University of New England) Hortensia Speaks: An Authentic Voice of Resistance?
Kai Brodersen (Erfurt University)
Epitaphios: Appianos and his Treasured Eutychia
thesaurizein ten eutychian