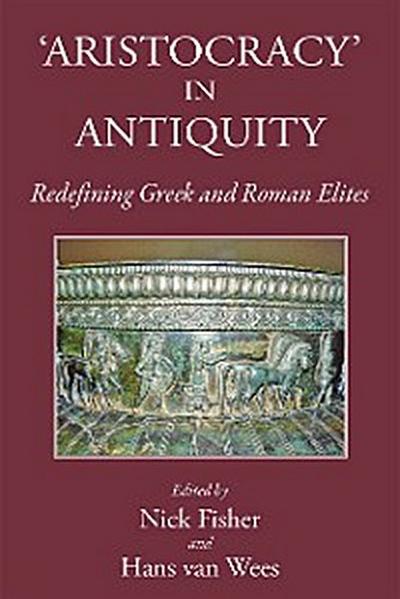 The words 'aristocrats', 'aristocracy' and 'aristocratic values' appear in many a study of ancient history and culture. Sometimes these terms are used with a precise meaning. More often they are casual shorthand for 'upper class', 'ruling elite' and 'high standards'. This book brings together 12 new studies by an impressive international cast of specialists. It demonstrates not only that true aristocracies were rare in the ancient world, but also that the modern use of 'aristocracy' in a looser sense is misleading. The word comes with connotations derived from medieval and modern history. Antiquity, it is here argued, was different. An introductory chapter by the editors argues that 'aristocracy' is rarely a helpful concept for the analysis of political struggles, of historical developments or of ideology. The editors call instead for close study of the varied nature of social inequalities and relationships in particular times and places. The following eleven chapters explore and in most cases challenge the common assumption that hereditary 'aristocrats' who derive much of their status, privilege and power from their ancestors are identifiable at most times and places in the ancient world. They question, too, the related notion that deep ideological divisions existed between 'aristocratic values', such as hospitality, generosity and a disdain for commerce or trade, and the norms and ideals of lower or 'middling' classes. They do so by detailed analysis of archaeological and literary evidence for the rise and nature of elites and leisure classes, diverse elite strategies, and political conflicts in a variety of states across the Mediterranean. Chapters deal with archaic and classical Athens, Samos, Aigina and Crete; the Greek 'colonial' settlements such as Sicily; archaic Rome and central Italy; and the Roman empire under the Principate.
Acknowledgements INTRODUCTION 1. The trouble with 'aristocracy'
Hans van Wees (University College, London) and Nick Fisher (Cardiff University)
PART I: ELITES IN THE ANCIENT MEDITERRANEAN: APPROACHES AND MODELS 2. Genealogical and dynastic behaviour in archaic and classical Greece: two gentilician strategies
Alain Duplouy (Universite Paris 1 Pantheon-Sorbonne) 3. Investigating aristocracy in archaic Rome and central Italy: social mobility, ideology and cultural influences
Guy Bradley (Cardiff University) 4. Roman elite mobility under the Principate
Laurens E. Tacoma (University of Leiden)
PART II: HEREDITY AND SOCIAL MOBILITY AT ATHENS 5. Who were the Eupatrids in archaic Athens?
Antoine Pierrot (Universite de Montpellier 3) 6. Aristocracy and the Attic genos: a mythological perspective
Stephen Lambert (Cardiff University) 7. 'Aristocracy' in Athenian diplomacy
Noboru Sato (University of Kobe)
PART III: COMPETITION AND STRATIFICATION IN THE AEGEAN 8. 'Aristocratic' values and practices in ancient Greece: Aegina, athletes and coaches in Pindar
Nick Fisher (Cardiff University) 9. Honour and genealogy: Megas, his ancestors and strategies of social differentiation in Samos
Olivier Mariaud (Universite Pierre Mendes-France, Grenoble) 10. Agonistic aristocrats? The curious case of archaic Crete
James Whitley (Cardiff University)
PART IV: GREEK ELITES OVERSEAS 11. Modes of colonization and elite integration in archaic Greece
Thomas J. Figueira (Rutgers University, New Jersey) 12. The emergence of elites in archaic Sicily
Gillian Shepherd (La Trobe University, Melbourne) Index and Glossary