Egyptology in the Present 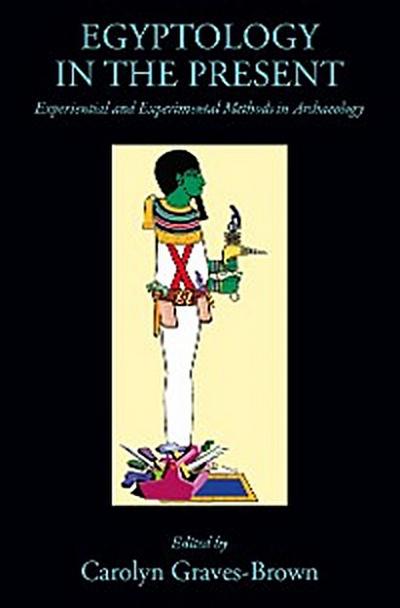 This volume builds bridges between usually-separate social groups, between different methodologies and even between disciplines. It is the result of an innovative conference held at Swansea University in 2010, which brought together leading craftspeople and academics to explore the all-too-often opposed practices of experimental and experiential archaeology. The focus is upon Egyptology, but the volume has a wider importance. The experimental method is privileged in academic institutions and thus perhaps is subject to clear definitions. It tends to be associated with the scientific and technological. In opposition, the experiential is more rarely defined and is usually associated with schoolchildren, museums and heritage centres; it is often criticised for being unscientific. The introductory chapter of this volume examines the development of these traditionally-assumed differences, giving for the first time a critical and careful definition of the experiential in relation to the experimental. The two are seen as points on a continuum with much common ground. This claim is borne out by succeeding chapters, which cover such topics as textiles, woodworking and stoneworking. And Salima Ikram, Professor of Egyptology at the American University in Cairo, here demonstrates remarkably that our understanding of the classic Egyptian funerary practice of mummification benefits from both 'scientific' experimental and sensual experiential approaches. The volume, however, is important not only for Egyptology but for archaeological method more generally. The papers illuminate the pioneering of individuals who founded modern archaeological practice. Several papers are truly groundbreaking and deserve to circulate far beyond Egyptology. Thus the archaeologist Marquardt Lund tackles the problem of understanding the earliest known depictions of flint knife manufacture, those from an Egyptian tomb dated around 1900 BC. He shows the importance of thinking outside 'traditional', i.e. modern, knapping practice. Lund's knapping method, guided by the tomb depictions, is surprising but effective, and very different from that presented in manuals of lithic technology or taught in academic institutions.
Carolyn Graves-Brown (Egypt Centre, Swansea University) Introduction: Building Bridges. Experiential and Experimental Ashley Cooke (National Museums Liverpool) Flaxman Spurrell's Experimenting with Painting Materials
Pearce Paul Creasman (Laboratory of Tree-Ring Research, University of Arizona) Exposing Ancient Shipbuilders' Secrets
Carolyn Graves-Brown Beyond the Technological: A Novice Knapper's Experience
Salima Ikram (American University in Cairo) Experimental Archaeology: From Meadow to Em-baa-lming Table
Janet M. Johnstone (Egyptian Cultural Heritage Organisation) Practical Dressmaking for Ancient Egyptians - Making and Pleating Replica Ancient Egyptian Clothing
Geoffrey Killen (Egyptologist, specialist in ancient woodworking technology) Woodworking
Marquardt Lund (archaeologist) Some Observations and Practical Attempts according to Egyptian Depictions of Flintknapping Acts from the Old and Middle Kingdom
Ann Richards (Textile designer and analyst) Did Ancient Egyptian Textiles Pleat Themselves?
Alice Stevenson (Petrie Museum of Egyptian Archaeology, University College London) Early Experiments: A View from the Pitt Rivers Museum
Denys A. Stocks (experimental archaeologist) Some Experiments in Ancient Egyptian Stone Technology