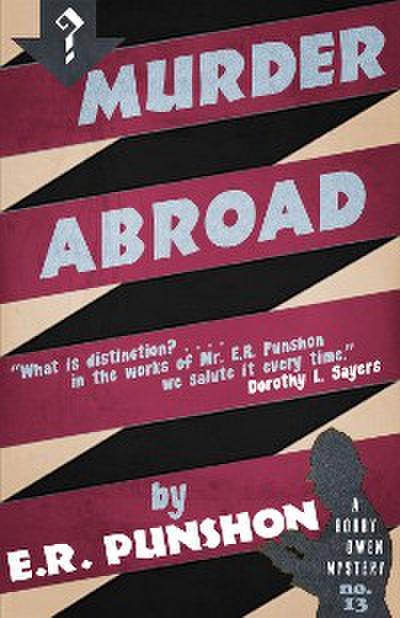 Perhaps the victim had not been unconscious but had known her fate, had sent upwards from the black pit a cry that none but murderers had heard.

Bobby takes the rare opportunity for a holiday - albeit a working one. Prompted by his fiancée Olive, he sets off to France, charged with finding out what happened to Miss Polthwaite’s diamonds - and why her dead body was discovered at the bottom of a well. The local police have a ready-made suspect, it appears, but Bobby soon forms theories of his own regarding what happened to the unfortunate spinster.

“What is distinction? The few who achieve it step - plot or no plot - unquestioned into the first rank… in the works of Mr. E.R. Punshon we salute it every time.” Dorothy L. Sayers