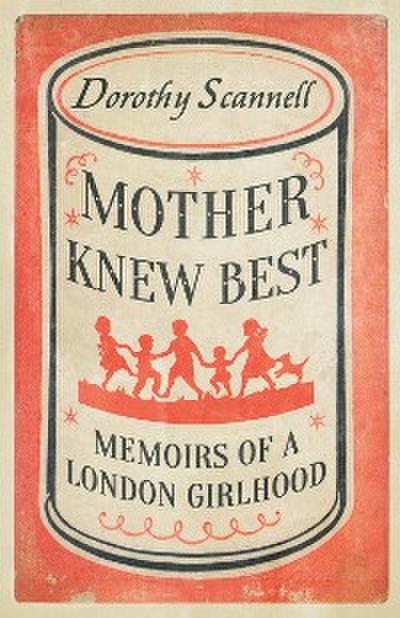 Before Jennifer Worth and other East End memoirists, there was Dorothy ‘Dolly’ Scannell.

In the East End of Dolly’s childhood, people met poverty and hardship with unfailing optimism and humour. Dolly grew up with nine brothers and sisters, her father - a plumber earning ?2 a week and a man who believed that ‘all aristocratic men were disease-ridden and possessed bald-headed wives because of the rich food and wine they consumed’ - and of course Mother, who cared for her large brood with rare wisdom, laughter, and unbounded love.

The menagerie also occasionally included members of the animal kingdom, but no mere cats and dogs - instead there were chinchillas, cannibalistic chickens, a ferocious eel kept in a pail of water, and even, eventually, the pride of mother’s wardrobe, a kangaroo-fur coat.

With the sure touch of a natural story-teller, who combines a perfect memory with a true writer’s gift, Dolly vividly recreates her childhood world: the streets in which she played - and the playground where she was rescued from a child molester; the local shops and the adulterated goods sold within; the new house that her father was going to pay for with his ever-madder schemes to make a fortune, such as a revolutionary kind of truss.

‘A proper treat, I can tell you, bright as Pearlie buttons, colourful as a street market’ Evening Standard