Hilda and the Midnight Giant 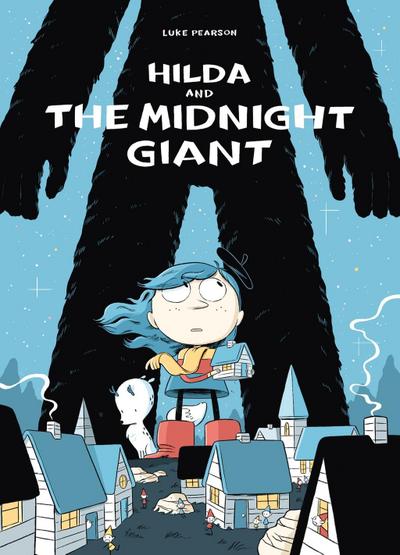 Luke Pearson has fast become one of the leading talents of the UK comics scene. He was the winner of Young People's Comic category at the British Comic Award in 2012 and been nominated for the Eisner Award's Best Publication for Kids and Best Writer/Artist in 2013. He has recently worked as a storyboard artist on the cult classic show Adventure Time. Luke is a frequent contributor to a number of comic anthologies in the UK as well as self-publishing a number of small-run homemade comics. Luke lives in Bristol.
Hilda is a little girl with the uncanny ability to befriend even the most peculiar of house guests. But when an army of little creatures bombard her living room with stones and eviction notices, she has to think twice before making the acquaintance of these diminutive creatures. After sunset, even stranger things start happening. Who is this giant who only appears at midnight, and why is Hilda the only person who can see him?