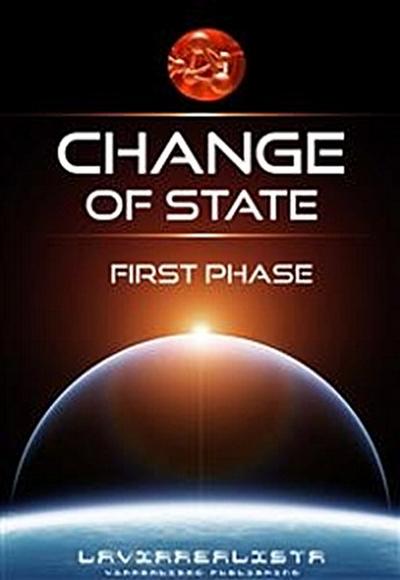 Change of State is a two part novel. In "First Phase" the world is divided between Unionians, who understand, use and keep developing new technology and Outsiders, who don't. However, a sense of optimism pervades the book.
In a future of virtual worlds and robotics a small team of scientists chances upon an incredible discovery about the origin of life on earth. But they must escape from a mind controlling trap prepared by dangerous humans who are secretly preparing a nightmarish dystopia for the world’s inhabitants.

The narrative is influenced by today's scientific, technological, and social awareness and lets the readers experience a tomorrow that could be.

Included at the end is "Accidental Warrior" which sets the scene for the book.