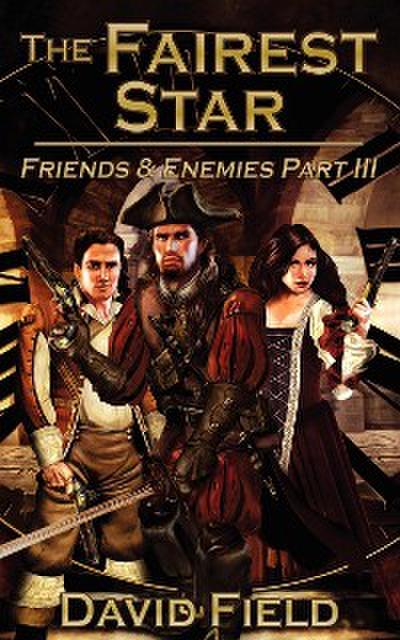 The Fairest Star, the third instalment of the Friends & Enemies trilogy, the world of France of 1599 unfolds once more as one of ambition, love, hatred, religious war and prejudice. All these confront the central figures of the story, Tommy of the twenty-first century and Eloise of the sixteenth century. Tommy and Eloise are now both the hunters and the hunted as they blunder through the conflicts of Church and family in pursuit of the priest, Drogo, who has publicly confessed to the killing of Eloise's mother, Eleonora of Narbonne. The action flits between the twenty-first and the sixteenth centuries, where the very different values create bewilderment and danger for both the hero and the heroine. Tommy is seen as a mouthpiece of the Devil as his mobile phone erupts into the year 1599; Eloise is seen as a witch as her pet rats, believed to have the gift of speech, threaten to condemn her to the stake. The book follows the pair as, attempting to flee from the clutches of the Inquisition, they pursue their quest for revenge on Drogo to a brutal but bittersweet end. All three books in the series, Friends & Enemies, Beings in a Dream and The Fairest Star, may be purchased via the website davidfield.co.uk.