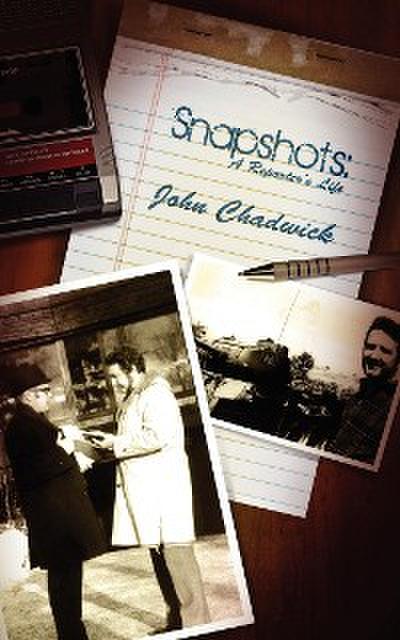 They're shelling our rear lines,' said the Pakistani officer 'Not to worry. It's over our heads There you have it. The entire subcontinent in a nutshell. From his leisurely retirement in the heart of rural England, former Reuters journalist John Chadwick reflects on the hurly-burly of forty years of news chasing that took him from the Upper Nile to the Arctic Circle and from Pakistan to the Pacific Coast of America. John Chadwick's first Reuters job was the Cod War. He reported from JFK's America and the United Nations, covered Indo-Pakistan and Middle East conflicts and reported from European capitals before, during and after the Wall. He's found time to train new generations and indulge his love of literature and music from Mozart to Jelly-Roll Morton. I have walked through these streets at night, when all is silent and only the moonlight casts shadows over the clean and deserted pavements. The architecture retakes centre stage, and the classic French style of the building designs once again becomes apparent. As you walk, your eyes are drawn to the beautiful carved doorways and ornate shutters. Above, the ghostly modern additions to the already complicated rooftops mingle with the silhouettes of mature trees and vibrant bougainvillaea that have taken on the black hues of midnight. It could all be a pen and ink sketch for, here in the heart of the city by moonlight, the streets take on a beauty they do not possess in the afternoon sun. Gael Harrison's life has almost come full circle, from her birth and schooling as a British rubber planter's daughter in Kuala Lumpur, Malaysia, to her newly found life in Vietnam. In 2001 Volunteer Services Overseas assigned Gael to a Save the Children Fund project in the remote Vietnamese highlands where only ethnic dialects were spoken. The daunting task of existing and working in these areas, in spite of speaking neither Vietnamese nor the local dialects, reveals the qualities that allow Gael to tell her story of the seldom-seen world of the volunteer in a difficult and alien environment through very human eyes. Gael is now remarried and continues to live and work in Hanoi.