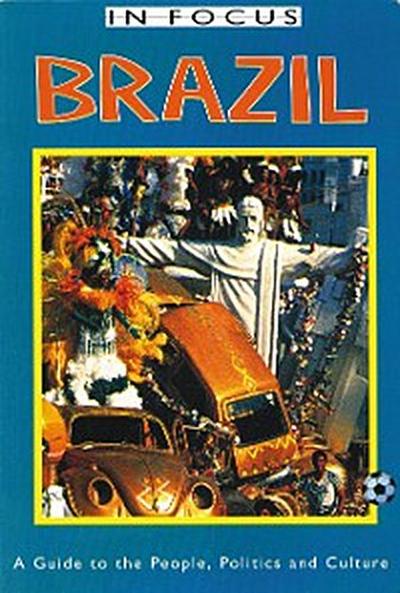 Brazil is depicted as a land of global superlatives, boasting the best football, the largest rainforest, and the world's worst social and economic inequality. It's vibrant culture is best known for Carnival and samba and attracts thousands of visitors each year. The Carnival capital of Rio also showcases Brazil's contrasts, as the shanty towns of the dispossesed cling to the mountainsides overlooking the beach playgrounds of the rich.
Brazil In Focus is an authorative and up-to-date guide to the giant of Latin America. It explores:
- The history: Slavery and the sugar economy as a Portuguese colony; the dictatorship of Getúlio Vargas; the military government from 1964-85 and the return to democracy.
- The people: The "social apartheid" of extreme inequality; discrimination against Afro-Brazilian and Indians; the women's movement; street children and child labor; Christian and African religions.
- The politics: Political parties and the government of Fernando Henrique Cardoso; the popular movements of the shanty towns and peasant villages.
- The economy: Brazil's historical role as a supplier of raw materials to the rich nations of the North; Industrialization after the Second World War; the debt of the 1980s; economic policy under President Cardoso.
- The Amazon and the environment: Myths and legends of the Amazon; economic development and its impact on the environment; urban pollution.
- The culture: Carnival and samba; Brazilian literature, cinema and architecture; soccer; gambling; the mass media and food.
- Where to go and what to see: Must-see landmarks and historical sites as well as the authors expert tips on how to get the most out of a brief visit.

Brazil In Focus is one on a series of guides covering the countries of South and Central America and the Caribbean.