Local Activity Principle: The Cause Of Complexity And Symmetry Breaking 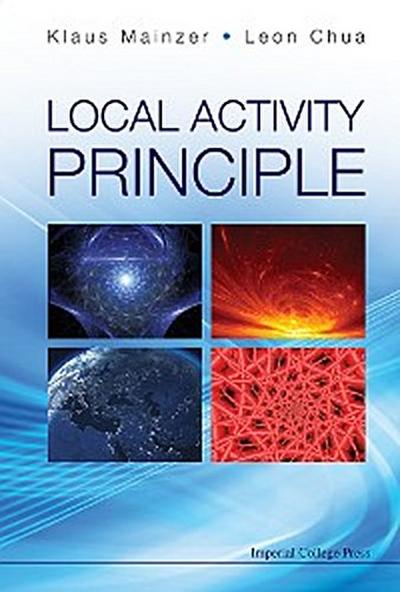 The principle of local activity explains the emergence of complex patterns in a homogeneous medium. At first defined in the theory of nonlinear electronic circuits in a mathematically rigorous way, it can be generalized and proven at least for the class of nonlinear reaction-diffusion systems in physics, chemistry, biology, and brain research. Recently, it was realized by memristors for nanoelectronic device applications. In general, the emergence of complex patterns and structures is explained by symmetry breaking in homogeneous media, which is caused by local activity. This book argues that the principle of local activity is really fundamental in science, and can even be identified in quantum cosmology as symmetry breaking of local gauge symmetries generating the complexity of matter and forces in our universe. Applications are considered in economic, financial, and social systems with the emergence of equilibrium states, symmetry breaking at critical points of phase transitions and risky acting at the edge of chaos.