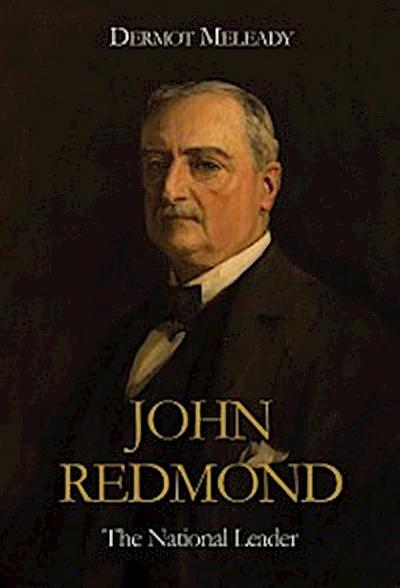 The first full-length biography of John Redmond since 1932. Through exhaustive research of Redmond’s personal papers, Dermot Meleady has produced the definitive story of one of the most tragic figures in twentieth-century Irish political history.

Dermot Meleady's authoritative second part of his full-length biography of John Redmond, the first to be published in 80 years, begins in 1901 shortly after his election as chairman of the Irish Parliamentary Party in the Westminster Parliament, and ends with his death in 1918.

The book details Redmond's reconstruction of the Party following its reunification after the destructive decade-long Parnell split, and his refashioning of it as a political weapon for winning Irish Home Rule.

It follows his role in successfully passing the Conservatives 1903 Land Purchase Act which greatly accelerated the transfer of land ownership from Irish landlords to Irish farmers. His successes and failures in the years of the 1906 10 Liberal Government are also fully documented, but when the Liberals move in 1911 to remove the House of Lords veto, the stage is set for the passage of the third Home Rule Bill, the paramount goal of Redmond s endeavours. The events of the following turbulent five years the increasingly militant resistance of Ulster Unionism to Home Rule, the outbreak of the Great War and the unforeseen Easter Rising in Dublin in 1916 as much a blow against Home Rule as against British rule cast him down from triumphant prime-minister-in waiting to the status of Ireland s lost leader.

Through exhaustive research in Redmond's personal papers, Dermot Meleady has produced the definitive story of one of the most tragic figures in twentieth-century Irish political history.