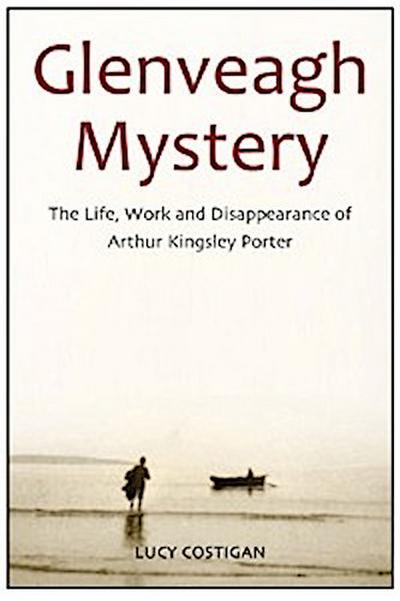 In a historical thriller set in Ireland, America and Europe in the 1920s and 30s, Lucy Costigan examines the secret inner world of Arthur Kingsley Porter and his legendary disappearance in 1933.

Arthur Kingsley Porter, (1883 1933) renowned American, Harvard professor and owner of Glenveagh Castle, vanished without trace from Inishbofin Island, Co. Donegal, in 1933. No trace of the professor was ever found. Over the decades stories of Porter's disappearance turned into legend. A strong swimmer and always fond of the outdoors, was it likely that Porter had been drowned by misadventure or was foul play involved? Perhaps Porter took off alone to pursue new adventures? By the late 1920s Porter and his wife Lucy possessed every asset that most mortals can only dream of. But was there a dark secret that led the enigmatic professor to jump from the rocks on that fateful morning? The truth about the secret inner world of Arthur Kingsley Porter has only recently been revealed. In a historical thriller set in Ireland, America and Europe in the 1920s and 30s, Lucy Costigan conjures up the world of Irish cultural and rural life, examines Porter s friendship with the literary figure AE and Irish society luminaries, and celebrates the raw beauty of Glenveagh and Donegal.